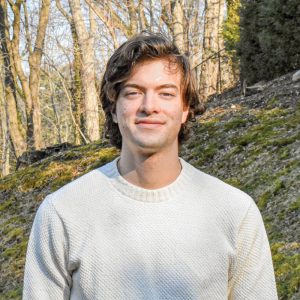 Reading Choose Life was my first deep dive into Ikeda Sensei’s dialogues. In reading this dialogue, I learned how I can relate Buddhist philosophy to global issues.

I was impressed by how Arnold J. Toynbee and Sensei came from different cultural, religious and linguistic backgrounds but were able to find common ground on nearly every issue. They used their differences to build on each other’s ideas. For example, Toynbee mentioned creating a world government to ensure that basic human rights are standardized for humanity. He further suggested that the only way to unify the globe would be, at least initially, to implement worldwide governance. Sensei agreed that a global governing body would be crucial toward creating peace, but emphasized that this could not be forced upon people and that through a spiritual revolution, people could develop a self-motivated will to unite the globe. He said:

I very much doubt that a fixed society that suppresses individual freedom and the exercise of its talent can be permanent. We must give serious consideration to devising a system that provides stability and peace without infringing on the freedom and creative potential of the individual. (p. 229)

Here, I felt Sensei’s message that creating an ideal social structure is important, but it can’t come at the expense of individual happiness.

In reading Choose Life, I saw the importance of creating unity with people in my environment, rather than imposing my beliefs on them. My father and I, for instance, have very different worldviews, but through my Buddhist practice, I have striven to understand him on a deeper level, which has enabled us to listen to each other and have mutual respect.

My goal is to become a doctor and apply this spirit of dialogue and humanism to the medical field. 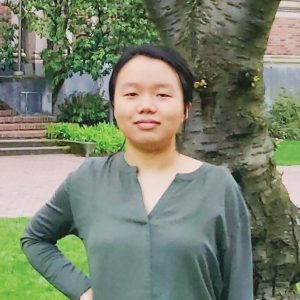 Reading Choose Life, I learned the importance of self-mastery in developing a humane society. The ideas expressed in this dialogue between Arnold J. Toynbee and Ikeda Sensei should be applied to our society, and I want to play a role in achieving that.

Their dialogue gave me a new perspective on my field of privacy and data protection when I read about the concept of the “diabolical desire.” Sensei describes the nature of this desire, saying:

Institutions primarily use data mining based on this “diabolical desire,” as personal data has been used to take advantage of people, putting them in physical, psychological or financial danger.

Toynbee and Sensei explain the “loving desire” as the impulse to devote oneself to the betterment of others and the universe. While the diabolical desire can’t simply be eliminated and replaced with the loving desire, they say that we can focus on self-mastery to make the latter stronger than the former. For me, this means developing closer friendships and supporting others.

My goal is to work with companies to improve the privacy of their online services, so people feel free to express their authentic selves. They should have control over their digital lives, rather than fear that their information will be used against them. Privacy is a human right. There’ll always be new challenges in this area, but I learned from Choose Life that we should continuously control our diabolical desires and act for the good of all people.