SGI Vice President Hiromasa Ikeda and Soka Gakkai future division leaders held a roundtable discussion on various topics related to raising our treasured future division members, especially during the COVID-19 pandemic. The following are highlights of their discussion, which originally appeared in the July 29 and July 30, 2021, issues of the Soka Gakkai’s daily newspaper, Seikyo Shimbun.

Future Division Leaders: We have boundless appreciation for everyone, especially the future division leaders, who are warmly supporting and encouraging our future division members just as they would their own children.

SGI Vice President Hiromasa Ikeda: The future division is the Soka Gakkai’s youngest castle of capable people. They have the greatest future with vast, limitless potential. This is why the mission of those who are supporting these members is just as immense and profound. I truly hope this dialogue is helpful in some way to you.

FD: Among Ikeda Sensei’s encouragement to the future division members during the COVID-19 pandemic, what really stands out is his “Buddhism of the Sun” lecture in which he offers a subseries titled “To Our Future Division Members, the Torchbearers of Justice—Our Hope for the Future” [Published in Living Buddhism from March to May 2021].

Last year, we faced the start of the unprecedented coronavirus pandemic. In the first installment of this subseries, Sensei explains that because of the troubled times we live in, people are seeking a new philosophy of hope, and, because our world is filled with hardships, we urgently need more capable people who know how to create value.

He calls out to the future division members, saying, “All of you, future division members across the globe who are growing up amid these turbulent times, have the profound mission to open a new age of respect for the dignity of life by firmly upholding the teachings of Nichiren Daishonin’s Buddhism of the Sun” (March 2021 Living Buddhism, p. 55).

In Nichiren’s time, great earthquakes, flooding and other natural disasters happened one after another. Severe famine occurred and plagues continued. Confusion abounded as people suffered.

It is exactly as Nichiren Daishonin describes: “Because the spirits become rampant, all the people of the nation become disordered” (“On Establishing the Correct Teaching,” The Writings of Nichiren Daishonin, vol. 1, p. 8). Erroneous beliefs and religions deprive people of their will to live, causing feelings of apathy to become rampant and society as a whole to be thrown into chaos.

Now, too, we are facing a succession of natural disasters and the serious spread of COVID-19. Precisely because we live in this kind of age, it is vital that we study Nichiren Daishonin’s Buddhism, which has at its core the respect for the dignity of all life. This summer, together with our treasured future division members, let’s study Sensei’s lectures on Nichiren’s writings.

The future division is the Soka Gakkai’s youngest castle of capable people. They have the greatest future with vast, limitless potential.

FD: What key points should we keep in mind as we help future division members discover their mission?

Mr. Ikeda: First, it’s essential that those of us who are directly engaged with future division members have a burning passion for kosen-rufu. In addition, let’s share with them our own stories of what inspired us to take faith, how we developed our faith and our relationship with Sensei. Nothing resonates more with a child than hearing stories of conviction from those close to them.

It is also important for us as leaders to think about different ways that Sensei might encourage the members. For that reason, I ask you, the future division leaders, to study and learn from The New Human Revolution.

For example, in volume 30, in the “Cheers of Victory” chapter, Sensei describes the story of a high school division member who had muscular dystrophy. At a meeting, Sensei sees this young man sitting in a wheelchair and went directly over to him.

While patting his shoulders, Sensei wholeheartedly encourages him, saying: “Be strong. Everyone has a special mission. Those who don’t let their weaknesses defeat them are true victors” (June 4, 2021, World Tribune, insert, p. A).

Inspired by this encouragement, the young man went on to live with a strong, positive attitude, giving talks about his experience. His battle with illness deeply moved those around him.

Learning from Sensei’s example, let’s reexamine the way we connect with our children, our successors, thinking: What were Sensei’s thoughts and feelings as he engaged with future leaders? How did he raise successors of our kosen-rufu movement?

The actions and efforts that children are making now are the future. Rather than judging them on what they are like now, let’s fully believe in their greatest potential, their greatest future, for each future division member possesses a profound mission to open a new era.

So, let’s continue offering heartfelt encouragement to them as we envision them taking flight into the world.

FD: What memories do you have from your time as a future division member?

Mr. Ikeda: On Jan. 15, 1965, I participated in the inaugural ceremony of the junior high school division. Even though I was still in 5th grade, because the elementary school division had not yet been established, I belonged to the junior high school division. My fondest memories are of staying overnight and eating with my peers during summer training courses. I’ve stayed in touch with many who were in the future division with me and our leaders from that time. I’m sure we’ll remain lifelong comrades.

On another note, when people are encouraged to attend Soka Gakkai meetings, some might feel like it’s too much and would rather avoid going. I remember feeling like that, too!

But my mother often said to me: “You may look forward to going out and playing, but coming home afterward, all you feel is tired. When you attend a Soka Gakkai activity, even if you don’t feel like going, you come home refreshed” (My Path of Youth, pp. 8–9).

While I’d reluctantly go to meetings, I remember afterward feeling an indescribable sense of fulfillment, which gradually convinced me that my mother’s words were true.

I think giving children opportunities to create memorable moments in faith while they are in the future division is essential in raising them as capable successors of kosen-rufu.

With this spirit, children are being raised in the Soka family and establishing bonds with their peers through future division activities and special training groups.

In Japan, this includes elementary school division choruses. During the pandemic, these groups have continued their activities, finding new ways of using online platforms to practice and perform.

Giving children opportunities to create memorable moments in faith while they are in the future division is essential in raising them as capable successors of kosen-rufu.

Mr. Ikeda: Songs have the power to connect people’s hearts. You will find peace in places resounding with the lively voices of children singing.

Some of those in these choruses may feel frustrated because they can’t practice the way they want to due to COVID-19 restrictions. However, it’s because they are facing challenging circumstances that they can offer hope to many people.

What’s more, you can’t have a chorus with just one person. Being in a chorus requires its members to combine their strengths and work together. In striving to cooperate with others, they can polish their character. This, I believe, is one of the reasons why Sensei created chorus groups. This summer, please continue encouraging one another while working hard to cultivate yourselves.

FD: Many parents have shared their struggles to teach their children about faith. What are some essential points for conveying faith to children?

Mr. Ikeda: No matter how much parents may tell their children to do gongyo, if the parents themselves aren’t doing it, the children won’t either. Instead, the children might snap back, “You’re not doing what you’re telling me to do.” So, first, parents need to strive in faith themselves—doing gongyo, chanting daimoku and studying Buddhism—showing their children through their own behavior what developing one’s faith looks like.

Also, children listen carefully to their parents’ casual remarks. For example, do you come home after a meeting, saying, “I just heard the most wonderful experience!” and excitedly share it? Or do you return from a meeting, saying things like, “I’m tired.” A parent’s attitude can leave a strong impression on their children.

Sensei writes in an essay: “It’s important not to force children to practice Nichiren Buddhism but rather make it a shared activity that can be done together. Children learn and inherit Buddhist practice by observing their parents’ example” (Nov. 6, 2009, Seikyo Shimbun, p. 3).

Parents’ prayers for the happiness of their family reach their children without fail. 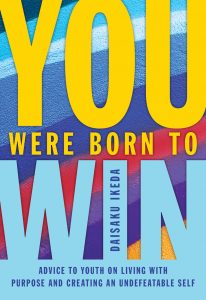 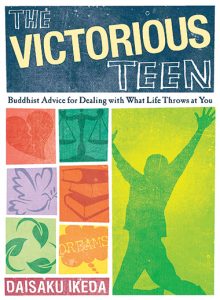 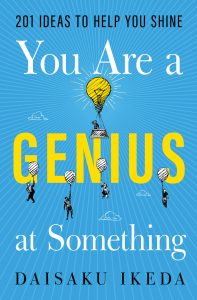 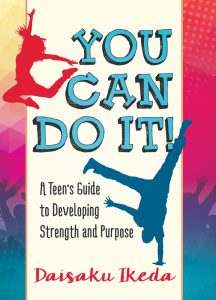 In ‘Reality,’ We Are All Buddhas