Most of us started practicing Nichiren Buddhism because someone encouraged us to give it a try. Their actions exemplify the founding spirit of Buddhism.

Shakyamuni Buddha engaged countless people in dialogues to awaken them to their enlightened potential. Nichiren Daishonin took up this effort, giving his life to spreading the teaching of Nam-myoho-renge-kyo to open the way for all people to overcome misery and become genuinely happy.

As members of the Soka Gakkai, we carry on our predecessors’ efforts by sharing Buddhism and helping those around us bring forth their limitless strength, wisdom, compassion and more.

The life of an individual is limited. But when the fundamental spirit of striving for kosen-rufu is passed on from mentor to disciples, and those disciples continue their efforts as a group or organization over time, that body of practitioners comes to possess the enduring life force of the Buddha ceaselessly guiding people to happiness.[1]

In the remote past, Awesome Sound King preached the Law to many people, and after this Buddha’s death, other Buddhas with the same name appeared one after another. “This process continued,” the Lotus Sutra says, “until twenty thousand million Buddhas had appeared one after the other, all bearing the same name” (The Lotus Sutra and Its Opening and Closing Sutras, p. 308). These twenty thousand million Awesome Sound King Buddhas guided people to enlightenment for eons.

Mr. Toda saw this succession of Buddhas as a harmonious community of believers collectively called Awesome Sound King Buddha. In the same vein, he declared that Buddhist scriptures of the future would record the efforts of Soka Gakkai members as Soka Gakkai Buddha.

The Soka Gakkai shines with the great light of compassion, dispelling the darkness of peoples’ suffering and imparting hope and courage. It speaks out with the lion’s roar for the sake of truth and justice, fearlessly vanquishing evil and wrongdoing. It has unshakable conviction in the power of faith to transform karma and create happiness for oneself and others. It possesses harmony based on the spirit of “many in body, one in mind” and embodies an indestructible citadel of mentor and disciple. …

That’s why Mr. Toda declared that should a future Buddha preach a sutra like those of the past, it would only be natural to expect that the Soka Gakkai … would appear in its pages named as a Buddha. Such is the noble mission and the greatness of the Soka Gakkai. (June 16, 2006, World Tribune, p. 2)

Keys for Ensuring the Posterity of Soka Gakkai Buddha

So what can we do to ensure that Soka Gakkai Buddha lives on for all time? In “Great Mountain,” the first chapter of The New Human Revolution, volume 30, Sensei gives three requirements:

The first requirement is that each member has a lifelong commitment to fulfilling the great vow for kosen-rufu. With a profound awareness that kosen-rufu is the fundamental purpose of their life and empathizing with those who are suffering, each person must strive to put into practice the Daishonin’s words “Teach others to the best of your ability, even if it is only a single sentence or phrase” (“The True Aspect of All Phenomena,” The Writings of Nichiren Daishonin, p. 386).

The second requirement is to persist in walking the great path of the oneness of mentor and disciple. Inheriting the spirit of the mentor, who exemplifies selfless dedication to propagating the Law, the disciples must thoroughly study the mentor’s teachings and make them a guide for their actions and behavior. Each day, disciples should challenge themselves in their lives and in their efforts for kosen-rufu, always embracing and engaging in dialogue with the mentor in their hearts and reflecting on what the mentor would do in their place.

Great joy and fulfillment come from deepening our awareness of and commitment to the role we play in advancing kosen-rufu. And as we help others do the same, we increasingly display the qualities of a Buddha and ensure that Soka Gakkai Buddha endures far into the future. 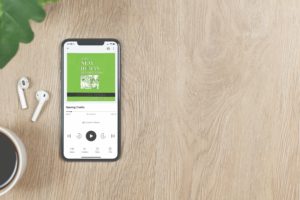 ‘Hope and Joy in Education’