During this critical juncture in turning the tide of our country’s history of deeply rooted racism, the SGI-USA People of African Descent group (POAD) hosted a dynamic, live webinar on Aug. 8, drawing nearly 5,000 members and guests, who joined “The Conversation We Need to Transform Our Country.”

Ikeda Sensei sent a powerful message to the participants, citing Nichiren Daishonin’s writings: “When the sun rises in the eastern sector of the sky, then all the skies over the great continent of Jambudvipa [the entire world] … will be illuminated because of the vast light that the sun possesses” (“The Tripitaka Master Shan-wu-wei,” The Writings of Nichiren Daishonin, vol. 1, p. 169).

Sensei continued: “Nichiren Buddhism is the philosophy of the dignity of life that gives hope to all people. It is the sun that can dispel the sufferings of birth and death. It is also the philosophy of human revolution that reveals the infinite potential human beings possess.”

“More than ever before, I ask you to chant the lion’s roar of Nam-myoho-renge-kyo and make your lives radiate the supreme wisdom of Buddhahood. Please courageously and cheerfully bring forth from your heart the sun of indomitable optimism to uplift the lives of your friends and family, and to fill your community and society with hope and trust.”

In his welcoming remarks, POAD Men’s Leader David Goodman emphasized that this important conversation is not limited to Black people, or people who look the same. “It’s a conversation, that due to the enormity of the moment, requires everyone to be at the table,” he said. The conversation, he added, always starts with the ever-important “inner dialogue,” which Sensei describes as “the ability to examine, carefully and honestly, our own attitudes” (June 5 World Tribune, p. 7).

Patrick Merrick, of Murrieta, California, who had grown up in a household where racist beliefs and behaviors were commonplace, relayed this very point in his journey to break the chains of racial injustice. “Through practicing in an SGI-USA district full of amazing people from all walks of life who are focused on achieving kosen-rufu, my heart began to transform,” he said. “I have not walked in the shoes of a Black man or woman, or the shoes of anyone other than who I am, a 62-year-old white man living in Southern California,” he said. “But, I am willing to listen, to hear you out, to seek to understand, to ask what I can do to help and then demonstrate what I have learned through my actions.”

During a youth panel discussion, Nile Alicia Ruff, a professional dancer and queer African American from Dayton, Ohio, emphasized that her identity as Sensei’s disciple reminds her to become someone whose heart embraces the entire world. “Currently, I recognize that I have little tolerance for people who hold different views from me,” she said. “As much as I want others to see my humanity, I have to open my heart, too, and see everyone’s humanity. I have to change first as much as I want others to change.”

—Prepared by the World Tribune staff, with contributions by Jasmine Pogue

Voices From the Aug. 8 Conference 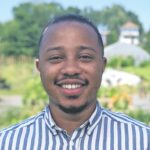 I’d love to imagine a society where we instill and uphold the dignity of all human life, so that we can spend less time on planning lines of defense and more time on merging our talents and abilities to create great things. I feel that’s exactly what the conference initiated, and I hope the conversation continues until we actualize a world where we can all flourish, equally and harmoniously! 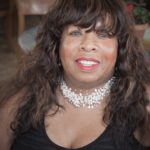 Watching our youth speak from their hearts about how we can use Buddhism to solve the problems of our day brought tears to my eyes. They explained thoroughly and powerfully that we may reform our laws but it is more effective and long-lasting if we help each individual transform through human revolution. 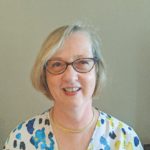 “Just like fear, hope can be contagious.” “I am striving every day to show people that I see them and value them.”

These were two of the key messages from the youth panel discussion. Based on their hopeful examples, I am committed to fully engage in the sustained, courageous, joyful and, sometimes, uncomfortable effort of inner and societal anti-racist work.

A New Look and Feel