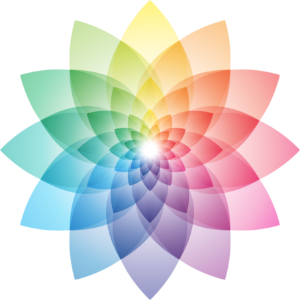 Buddhism is a religion of dialogue.[1]

Buddhism teaches that peace can be found not in lofty ideals, but in developing understanding and empathy between ordinary people. This understanding is generated through dialogue, which Ikeda Sensei defines as the “most potent weapon in the arsenal of the gradualist.”[2]

Although technology and modes of communication have advanced remarkably, human relationships are becoming increasingly fragile. Society today seems to be imperiled by the traits that breed such fragility: mistrust, division and conflict.

To be sure, Sensei has long advocated dialogue as the way to surmount the conflicts of human life, “to break the spell of superficial differences that hold us in its self-destructive thrall and to build a global society based on peace and coexistence.”[3]

While it bears no difficulty to speak with those who are like-minded, it takes immense courage to engage in conversation with those we perceive as the other. Amid the tensions that exist between groups of people in society today, these divides may seem intractable. Yet, Sensei urges the youth that it is precisely in these circumstances that we should bring forth courage—“the courage of nonviolence, the courage of dialogue, the courage to listen to what we would rather not hear, the courage to restrain the desire for vengeance and be guided by reason.”[4] Genuine dialogue is the way to nuture and protect human dignity; it is essential for the creation and expansion of peace.

What is genuine dialogue?

In the book Peacebuilding Through Dialogue: Education, Human Transformation, and Conflict Resolution, the key elements for a meaningful dialogue are defined as: 1) respect for the other; and 2) the humility to listen to and learn from perspectives that are different or contrary to one’s own.[5] When we develop our own ability to listen to opposing views based on respect for the dignity of the other person’s life, we start to understand one another and can work together in solidarity for a better world.

Sensei says that such dialogue requires painstaking and persistent efforts to remove the obstacles that obscure our common humanity: “Genuine dialogue is a ceaseless and profound spiritual exertion that seeks to effect a fundamental human transformation in both ourselves and others. Dialogue challenges us to confront and transform the destructive impulses inherent in human life. I earnestly believe that the energy generated by this courageous effort can break the chains of resignation and apathy that bind the human heart, unleashing renewed confidence and vision for the future.”[6]

Removing the Invisible Arrow in Our Hearts

On September 20, 1993, Sensei traveled to Boston. Four days later, he delivered his second lecture at Harvard University, titled “Mahayana Buddhism and Twenty-First-Century Civilization”[7] before an audience of more than 250 scholars, including Harvard faculty and students, and professors from nearly two dozen institutions of higher learning.

In his lecture, Sensei explains that the reason Shakyamuni was deemed a peerless master of dialogue was because he was free of all dogma, attachment and prejudice. Buddhism teaches that in order to have an open and value-creative dialogue, we first have to perceive the invisible arrow piercing our own hearts. Sensei states that this “ ‘invisible arrow’ of evil is not to be found in the existence of races and classes external to ourselves, but is embedded in our hearts. The conquest of our own prejudicial thinking, our own attachment to difference, is the necessary precondition for open dialogue.”[8]

The Culture of Peace

The SGI’s grassroots movement for peace is centered on the small-group discussion meeting, where people of diverse backgrounds come together and share their experiences in a truly dialogic forum. These conversations take place monthly in 2,500 neighborhoods across the U.S.

Sensei unequivocally states: “It is impossible for me to imagine that human beings have been born into this world in order to hate and harm each other. Now, more than ever, it is crucial that we renew our faith in the infinite potential of humanity and bring forth our capacity to create peace.”[9]

In an age when humanity is experiencing a crisis of division, it is the members of the SGI, convinced of the value of dialogue, who continue to expand the culture of peace.

The Role of Dialogue in Democracy, Inclusion and Community