While I am alive I can lay the foundation for the movement in Japan. But it is up to you to bring Buddhist ideals to the world at large.[1] — Second Soka Gakkai President Josei Toda

In June 1996, Daisaku Ikeda visited the U.S. for the 27th time, giving, at Columbia University’s College in New York, a lecture where he outlined the essential qualities of a global citizen—qualities that perfectly coincide with those of the Buddha. They are:

Sensei in his address spoke of “Indra’s net,” providing from the Buddhist canon a beautiful visual metaphor of the concept of the interdependence and interpenetration of all phenomena: Surrounding the palace of the Indian deity Indra, a magnificent net expands limitlessly outward. At each knot in the net hangs a beautiful mirrorlike jewel reflecting on its surface all the other jewels. No jewel is at the center of the infinite net, yet each jewel is at the center. If one pulls at one jeweled knot, all the other jewels around it move and shimmer.

Sensei explains: “When we learn to recognize what Henry David Thoreau refers to as ‘the infinite extent of our relations,’ we can trace the strands of mutually supportive life and discover there the glittering jewels of our global neighbors. Buddhism seeks to cultivate wisdom grounded in this kind of empathetic resonance with all forms of life.”[3]

Origins of the Global Citizen

While Tsunesaburo Makiguchi and Josei Toda, the first and second Soka Gakkai presidents, never stepped foot outside of Japan, they spoke about the ideals of global citizenship in the early to mid-20th century.

Mr. Makiguchi, a courageous educator who spoke openly against the rising tide of fascism in Japan, declared himself to be a global citizen and advocated for the Japanese people to develop this same awareness in his thousand-page work, The Geography of Human Life, published in 1903. He cherished a vision of “fostering people who could be described as true global citizens—individuals fully able to transcend self-seeking egotism and elevate their way of life to one linked to all of humanity.”[4]

Furthermore, in February 1952, when tensions between the Eastern and Western blocs were intensifying, Mr. Toda for the first time spoke about the concept of global citizenship at a youth study meeting.

He advocated for a global family that transcended the confines of ethnic, national and ideological differences, his sentiments perhaps no more eloquently expressed than when he composed an elegy to the North and South Korean people suffering deeply amid the privations of war.

I grieve for the many people there must be who have lost their husbands or wives or who search in vain for their children or parents on account of this war.

There must be those who, losing the wealth that they have accumulated, are reduced to beggary and suddenly die.

There are doubtless young people who have died without knowing why and elderly women who have been killed while crying out, “I haven’t done anything wrong!”

There must be bands of children who cannot even imagine what it would be like to have parents and siblings. And there are doubtless not a few housewives who have come to regard it as normal to be living with just the clothes on their backs, and elderly people surprised to find themselves dreaming about the rice they once ate.

Are there not some who show surprise when asked, “Whose side are you on?” and who reply without hesitation, “I am on the side of food and shelter.”[5] 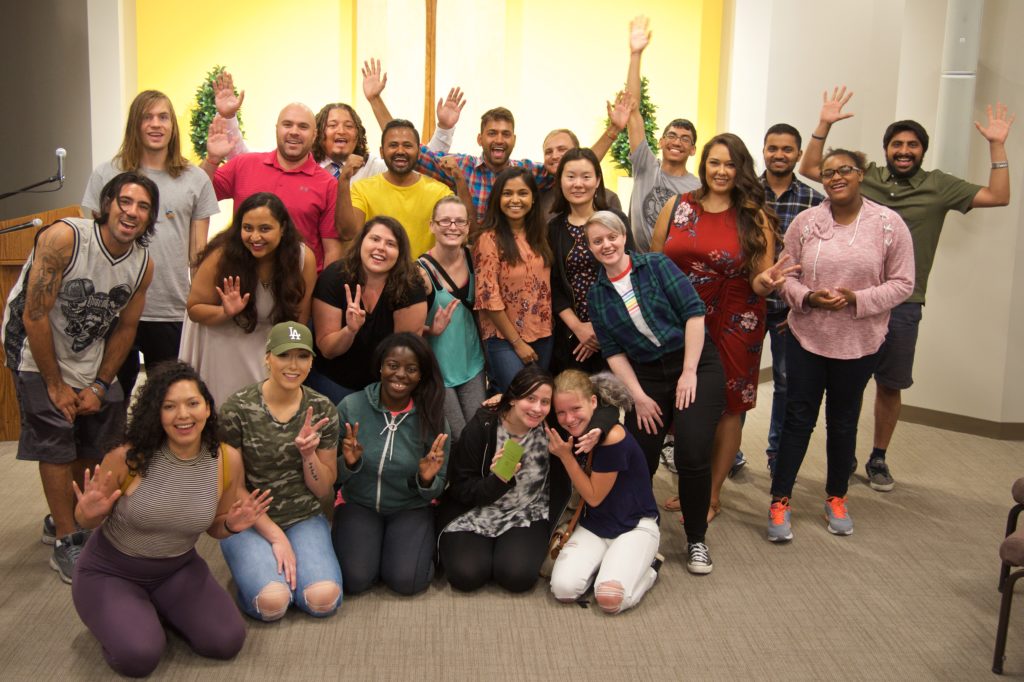 On September 8, 1957, President Toda delivered with his entire being his final injunction before some 50,000 youth: the Declaration Calling for the Abolition of Nuclear Weapons. He denounced nuclear weapons as an absolute evil that threatened the survival of the human race, seeing in them the most extreme form of human desire—the desire to dominate and bend others to one’s will, and to destroy them should they resist. The profound vision shared by Mr. Makiguchi and Mr. Toda went far beyond eradicating suffering in Japan and Asia; their compassion extended to all humankind.

What then makes one a global citizen? It is not defined by the number of languages a person speaks, their social rank, position or even the number of countries they have visited. Rather, global citizens are ordinary people who “possess an inner nobility; who have never traveled beyond their native place, yet who are genuinely concerned for the peace and prosperity of the world.”[6] Motivated by their desire to contribute to the welfare of others, they become thoughtful daughters and sons, indispensable employees and value-creative members of their local communities.

The concept of ‘world citizen’ is not a distant or disembodied one. I believe that the transformation of the self … will be the first step toward world citizenship.

How can we speak of the future of humankind if we are so desolate of spirit and desensitized that we can ignore the sufferings and the threats to the dignity of those with whom we share this world?

One of the necessary attributes of a world citizen is a shift in focus toward the welfare of humankind. Unless we discipline our spirits through our day-to-day experience, however, such a conceptual shift alone will not give us the strength we need to set a new course for our times.

This is in fact one of the issues the SGI is now attempting to address through our movement for human revolution. Simply stated, this movement is dedicated to encouraging people to become aware of their own boundless inner power and to take responsibility for the welfare of humankind. Although it may seem an indirect approach, I am convinced that this human revolution, with its first principle of inner transformation, is in fact the most certain path toward realizing genuine global revolution.[7]

In that sense, becoming a global citizen requires that we cultivate the capacity to see the common humanity in all people, and this work is deeply tied to our efforts to engage in a process of human revolution, to awaken to our own inner power and overcome our ego and narrow self-interests.

Human revolution, in the simplest of terms, can be defined as the sustained commitment to awaken to the greatness of our own lives and acknowledge that same greatness in others. Through engaging in this process of inner transformation, we can develop in our lives the compassion, courage and wisdom necessary to bring about an age that protects the dignity of life.

Sensei further describes this process in his dialogue with Dr. Vincent Harding, where he states:

When we can grasp the true nature of our lives, we realize we are all equal on this planet called Earth, spinning through the vast expanse of the universe. By awakening to this reality, we become more aware of the dignity of life, which is a humbling experience. This in turn makes it possible for us to redefine our own existence while genuinely respecting the lives of others. Then, together we can proudly embrace our new identity as global citizens.[8]

SGI activities, specifically our discussion meetings, allow ordinary people to develop courage, compassion and wisdom in their everyday lives. These forums provide the space for a diverse array of people to come together in groups that they may not normally find themselves in or with people they may not usually engage.

They are spaces for developing friendship in the community, models of democratic dialogue, and they provide an opportunity for people to speak freely and share their thoughts among equals.

SGI discussion meetings allow people to join their hearts in common purpose. Such interaction and mutual support among human beings embody the ideal gathering of human fellowship and is the cornerstone of promoting the culture of peace. Kosen-rufu means developing a solid network of global citizens—people of true character and integrity—in America and around the world, who can elevate the life state of humanity and move the world in the direction of peace.

Building a Palace of Eternal Fortune

Creating a Century of Humanism in Which All Can Shine, Part 1