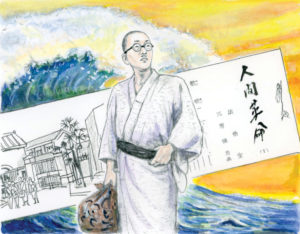 The year 1965, designated as the “Year of Victory” by the Soka Gakkai, began with the serialization of Soka Gakkai President Shin’ichi Yamamoto’s novel, The Human Revolution, in the Seikyo Shimbun. President Yamamoto would embark on a battle of words to reveal the true story of his mentor, second Soka Gakkai President Josei Toda, who dedicated his life to kosen-rufu, and truth and justice.

On January 16, Shin’ichi attended the completion ceremony for the new Kyushu Headquarters building. Following this, he continued his guidance trips to various prefectures throughout Japan including to Osaka, Tottori, Gifu and Aichi. At the Soka Gakkai Headquarters General Meeting on May 3, marking the fifth anniversary of President Yamamoto’s inauguration as third Soka Gakkai President, it was announced that the organization had achieved a membership of 5.4 million households.

Around this time, the Seikyo Shimbun began full-fledged preparations to become a daily newspaper, which was a long-cherished wish of the members. On June 8, Shin’ichi visited the Seikyo Shimbun Headquarters and held a discussion with staff members. After responding to their questions, Shin’ichi went with them to the editorial office, where they reviewed each page to consider how to improve the articles and layout. He also offered advice on various topics regarding the newspaper and encouraged them to develop the Seikyo Shimbun into an indomitable bastion of the pen that was foremost in the entire world.

On July 15, the first daily edition of the newspaper debuted. Shin’ichi chanted Nam-myoho-renge-kyo earnestly each day for the deliverers, praying for their safety and protection. He also named the bulletin for the newspaper deliverers “The Uncrowned,” which referenced their spirit to work behind the scenes to support their fellow members as uncrowned champions.

Around the time that the Seikyo Shimbun became a daily newspaper, Soka Gakkai organ newspapers were appearing in countries around the globe, such as the United States, France, Brazil, West Germany, Hong Kong, Peru and more. 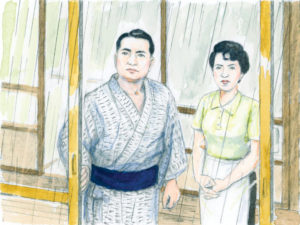 The Seikyo Shimbun, the Soka Gakkai’s organ newspaper, was first published on April 20, 1951. Over the years, the frequency of publication increased from once every 10 days to weekly, biweekly, then triweekly. Finally, on July 15, 1965, the first daily edition of the paper was published.

The people most delighted and enthusiastic about the Seikyo Shimbun’s transition to daily publication were the newspaper deliverers. Before the changeover was initiated, meetings were held for them across Japan to explain the new system. Ready and eager to take on the challenge, everyone felt tremendous pride and joy to be supporting the Seikyo Shimbun as it lifted the curtain on a new phase of kosen-rufu.

Whenever Shin’ichi [Yamamoto] heard of the earnest struggles of the delivery staff across Japan, he was filled with deep gratitude and pressed his palms together in reverence for their efforts. He chanted sincerely each day for the deliverers and the managers of the local sales outlets, praying for their safety and protection. He also asked the leaders to make sure that Soka Gakkai activities ended early, so that the delivery staff could get enough sleep.

Unable to stop thinking about the deliverers, Shin’ichi frequently awoke in the middle of the night. And he would be kept awake by the realization that the staff at the outlets would soon be starting their day.

He was also very concerned about the weather across Japan. If it was raining when he got up in the morning, he worried tremendously about the deliverers. On such days, he would chant with even more intensity.

Since the Seikyo Shimbun went to daily distribution, Shin’ichi made suggestions and offered encouragement so that the managers of the newspaper outlets and the delivery staff could joyfully fulfill their responsibilities. One such suggestion was that they start a bulletin that would enable them to inspire one another as well as provide guidelines for their work. The bulletin thus began publication as a monthly in July 1966, a year after the Seikyo Shimbun’s changeover.

In response to members’ requests, Shin’ichi named the bulletin The Uncrowned, in reference to uncrowned champions—a perfect description of the spirit of the outlet managers and delivery staff. Seeking neither power nor glory, these members burned with pride as Bodhisattvas of the Earth, struggling earnestly as champions protecting the “bastion of the pen” for the sake of the people. (The New Human Revolution, vol. 10, pp. 52–56)

I hope you will also be broad-minded leaders who can raise your juniors to be even more capable than yourselves. To do that you must lead by example. Your spirit and actions will serve as true inspiration for others. (NHR-10, 41)

Seeking spirit is the root that absorbs the nourishment of faith and enables us to grow and develop. If that root is strong, wonderful flowers of happiness will bloom in our lives without fail. (NHR-10, 76)