SGI President Ikeda sent the following message to the 42nd Soka Gakkai Headquarters Leaders Meeting of the New Era of Worldwide Kosen-rufu, held on Aug. 31, 2019, in conjunction with the Nationwide Men’s Division Leaders Meeting, at the Soka Gakkai Kanagawa Ikeda Auditorium in Tsurumi Ward, Yokohama, Kanagawa Prefecture. The meeting was also attended by 270 youth leaders from 65 countries and territories, who were visiting Japan for the SGI Youth Training Course. The message originally appeared in the Sept. 1, 2019, issue of the Seikyo Shimbun, the Soka Gakkai’s daily newspaper.

I would like to offer my warmest welcome to all the young leaders of worldwide kosen-rufu who have traveled to join us here today from 65 countries and territories. For two-thirds of you, this is your first time in Japan. I know that all of you have worked extremely hard with incredible seeking spirit to realize this visit. You have accumulated immeasurable good fortune and benefit in the process, and made undeniable causes for future victory.

Let’s all give our young friends a big round of applause in welcome and in praise for their noble efforts!

I would also like to congratulate our youth division and future division members in Japan as they make a fresh, hope-filled start [with a new leadership lineup], uniting together joyfully and energetically with young leaders of kosen-rufu around the world in the shared mission of the Bodhisattvas of the Earth.

Today is also a men’s division leaders meeting, and I am reminded of a men’s division member from the early days of our movement whom [second Soka Gakkai President Josei] Toda persuaded to start practicing here in Tsurumi, Kanagawa Prefecture.

When the two first met in spring 1950, Mr. Toda asked him what he did for a living, and the man replied that he made and repaired ships’ compasses at a small local workshop.

Mr. Toda smiled and said: “Ah, then I’m sure you will understand what I am about to say.

We also need a compass in our life. Nichiren Buddhism is that compass. It will enable you to sail to the shore of happiness.”

The man was deeply moved by these words and decided to start practicing then and there.

I visited his home on numerous occasions and took part in Soka Gakkai activities with him and his family.

A year later (in April 1951), when the first issue of the Seikyo Shimbun, the Soka Gakkai’s newspaper, was published, his name appeared as one of the proud district leaders of Tsurumi Chapter, which was featured in the front-page article headlined “Tsurumi’s Torch of Faith Burns Bright.”

A life’s journey guided by the compass of Nichiren Buddhism is filled with wonderful good fortune, harmony and success. Nothing makes me happier than seeing families all around the world, whose children and grandchildren are striving as successors in faith and attesting to this truth. 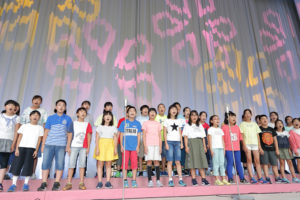 In a letter to a trusted disciple named Shiiji Shiro, who strove earnestly in faith with Shijo Kingo in an area that is today part of this Tokaido region, Nichiren Daishonin writes:

No one can escape the sufferings of birth, aging, sickness and death. How then can we navigate safely over life’s rough seas?

Nichiren fully revealed the principles of the dignity and eternity of life. He also taught us the practice of chanting Nam-myoho-renge-kyo ourselves and teaching others to do the same. This is the key to overcoming every storm of karma and every buffeting wave of adversity in society to achieve a state of happiness pervaded by the four noble virtues of eternity, joy, true self and purity. Following the Daishonin’s teachings, the members of the Soka Gakkai have persevered in the “two ways of practice and study” (“The True Aspect of All Phenomena,” WND-1, 386).

At the same time, Nichiren showed us how to forge unsurpassed solidarity based on the humanistic principles of Buddhism, encouraging and supporting one another as we strive together to attain Buddhahood in this lifetime.

In another letter, the Daishonin encouraged the lay nun Toki, a dedicated disciple who was not only nursing her elderly mother-in-law, but also battling her own illness:

I am as concerned about the illness of . . . the lay nun Toki, as though it were I myself who is ailing, and day and night I pray to the heavenly gods that she will recover . . . I am beseeching the gods of the sun and moon that they will guard her life even at the cost of their own! (“Prayer for the Lay Nun’s Recovery,” WND-2, 666)

With his boundless great compassion, Nichiren showed warm concern and support for each of his disciples, regarding their suffering as his own. He prayed for them—determined to activate the protective functions of the gods of the sun and moon, and all heavenly deities throughout the universe—and wholeheartedly encouraged them so that they could transform their karma, or destiny.
Inheriting this spirit of the Daishonin, we have built the wonderful realm of the Soka Gakkai—a realm of human harmony that can only be described as miraculous. Nowhere else can we find such beautiful bonds of global citizenship as the ones we have forged, transcending nationalities, ethnicities and generations. No one could ever create another realm like it.

Let us resolutely protect the “great ship” of the Soka Gakkai, a noble gathering of global citizens, and beckon even more fellow Bodhisattvas of the Earth to board it with us, confident that “This ship is certain to make history.”[1]

Nowhere else can we find such beautiful bonds of global citizenship as the ones we have forged, transcending nationalities, ethnicities and generations. No one could ever create another realm like it.

The opening of new centers for kosen-rufu has always spurred momentum for fresh progress in our movement, creating sparkling waves of new capable individuals and new friendships.

The counteroffensive[2] I launched from the newly completed Kanagawa Culture Center to protect our precious members 40 years ago ushered in a triumphant new age, leading to the Soka Gakkai’s magnificent development as a worldwide religious movement, which no one at the time could have imagined.

Soon, the long-awaited World Seikyo Center (the new Seikyo Shimbun building) will open. Its completion coincides with that of the new main stadium for the 2020 Tokyo Olympics and Paralympics, which is located a short distance away.

Today, a representative from Greece, the birthplace of the Olympic Games, is with us. Thank you!

Next March, the Olympic Torch for that global festival of peace will set out from Greece and arrive in Tohoku in tribute to its recovery [following the March 2011 earthquake and tsunami]. From there, the Olympic Torch Relay will begin, traveling throughout Japan and eventually ending in the area where the Soka Gakkai Headquarters Complex is located.

In The Record of the Orally Transmitted Teachings, the Daishonin states, “Today, when Nichiren and his followers recite the words Nam-myoho-renge-kyo, they are illuminating the darkness of birth and death, making it clear, so that the wisdom fire of nirvana [enlightenment] may shine forth” (p. 10).

The Seikyo Shimbun serves as a “torch of wisdom” for happiness and victory, and a “compass” for human revolution. With the inspiration contained within its pages, let’s infuse the hearts of one person after another with courage and hope. Let’s set forth from today on a new journey of “Justice” and “Shared Struggle,”[3] uniting and elevating all humanity! I conclude my message today by pledging this together with all my dear young friends, the youthful leaders of our movement in Japan and around the world.
Please take utmost care of your health as you keep forging onward. WT

Advancing in “The Two Ways of Practice and Study”