This year marks the 74th anniversary of the end of World War II. During that global conflict, the Chamorros—indigenous people of the Mariana Islands—suffered unspeakable atrocities committed on the beautiful island of Guam.

It was here that Daisaku Ikeda established the Soka Gakkai International on Jan. 26, 1975, for the sake of peace. Honoring the SGI’s 44th anniversary this year, the 35th Guam Legislature issued a proclamation to SGI President and Mrs. Ikeda for their tireless dedication to the happiness of the people.

During this commemorative month, over 3,000 Guamanian citizens celebrated the Latte Peace Festival from Jan. 19–20 at the Tamuning-Tumon-Harmon Park, across from the former International Trade Center where the SGI was established. The annual event, launched six years ago by the Office of the Mayor, has since become a significant event for the community linked to cultural and educational exchange. 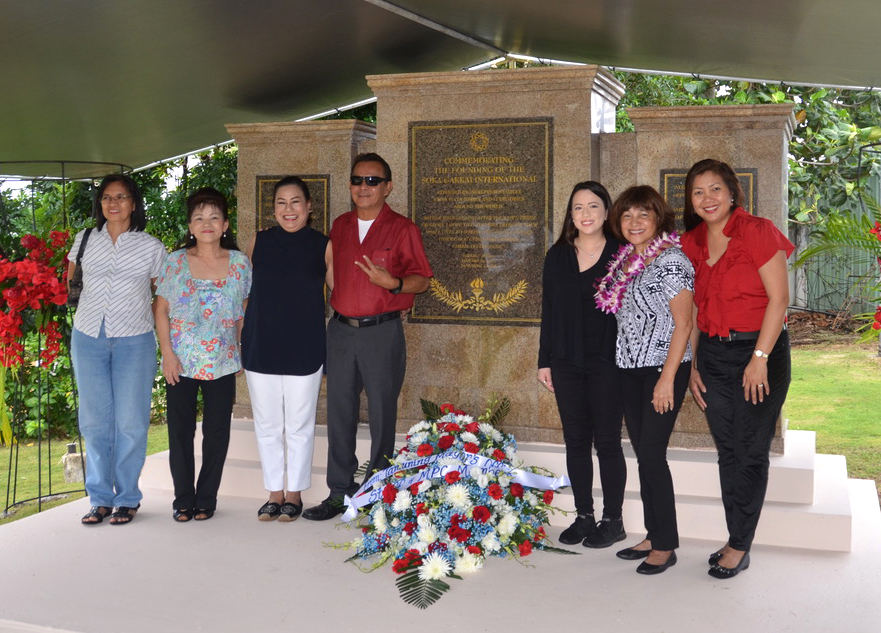 Former Speaker of the Guam Legislature Judi Won Pat mentioned in her opening-ceremony speech that 44 years ago in Guam, Daisaku Ikeda established the SGI, an international organization that strives to create value in society and realize world peace through each person becoming happy.

The festivities also included the ceremony of lighting latte stones. A stronghold of the island culture, they are stone monoliths that ancient Chamorros carved from coral limestone and served as foundations for their homes.

A wreath was then laid at the park’s Peace Monument, which was erected in 2010 and dedicated to the SGI’s founding. On one side of the stately monument are the opening lines from President Ikeda’s epic novel The New Human Revolution: “Nothing is more precious than peace. Nothing brings more happiness. Peace is the most basic starting point for the advancement of humankind.” WT

A New Generation of Youth Based on a Vow