As a result of our united efforts, over 10,000 youth members and guests gathered at our March Youth General Meetings! To the fearless women’s and men’s division members and to the outstanding noble youth, thank you for your determined and ceaseless efforts to fight all the way toward this significant event, our modern-day March 16 ceremony.

Twenty-four locations across the country hosted these virtual gatherings in the last two weeks of March. These historic meetings commemorated March 16, the day in 1958 when second Soka Gakkai President Josei Toda passed the baton of kosen-rufu to his youthful successors.

In a message that Ikeda Sensei sent for the occasion, he acknowledges that young people may be facing a series of worries and difficulties “in this deeply confusing and chaotic time.” But he went on to proclaim, “In this world, nothing is stronger than young people who uphold a noble teaching and put their faith into practice.”

The meeting’s theme—“Victory: What Is It Really, and How Do I Achieve It?”—deeply resonated with those who attended. A presentation on this topic clarified some misconceptions of victory, followed by an explanation of the Buddhist perspective of it and key points on how to achieve it. Additionally, they heard directly from Ikeda Sensei about what victory is in a video of a speech he gave in 2002. The youth also enjoyed powerful experiences from Hope Champions, practicing guests who have received tremendous benefit and are sharing their experiences to give hope to others. The Brass Band, Fife and Drum Corps and Dance groups likewise delivered inspiring performances.

But perhaps the greatest takeaway was the small group discussions, in which members and guests reflected on and shared their own challenges and determinations based on the meeting’s theme.

While facing the second year of the coronavirus pandemic amid continuing chaos and confusion, we, the youth of the SGI-USA, will increase our efforts to extend a hand to others and be a source of hope. We will take to heart these words from Sensei’s message to our March gatherings: “While firmly grasping the baton as successors of kosen-rufu, you exude the conviction that the greatest way to live is as a Soka youth who faces everything with hope. Together, please enjoy the exhilarating drama of your victorious human revolution.”

Key Takeaways From the Presentation

1. achieved at the expense of others.

2. determined by temporary successes or failures.

3. ignoring your situation and being dishonest with yourself.

2. being undefeated in your heart.

3. being able to uplift others.

3 Actions You Can Take to Achieve Your Daily Victory

1. Start off your morning with clear goals.

2. Chant Nam-myoho-renge-kyo before you begin the day to awaken your Buddha nature, so you can have the confidence to achieve each of the goals you’ve set.

3. Reach out to another person to either share encouragement or be encouraged.

Why Your Personal Victory Matters

• Because you matter. And we are all interconnected.

• “The experience of a single individual changing their destiny has a ripple effect that eventually changes the destiny of society as a whole.” (Ikeda Sensei, September 2018 Living Buddhism, p. 49) 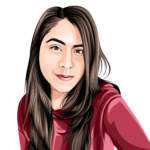 “Nothing Will Block Me From My Growth”

In 2019, I moved to the U.S. from India to get my master’s degree in interior architecture. Then, the COVID-19 pandemic hit, my grandfather passed away, and my grades suffered. I became depressed and was also diagnosed with ADHD.

When I heard about the March Youth General Meeting, I made it my personal campaign to challenge myself toward that date. As a vice district young women’s leader, I asked other young women if they wanted to study Nichiren Daishonin’s writings together, made more connections and chanted Nam-myoho-renge-kyo abundantly. My district young women’s and women’s co-leaders and I chanted to help 10 youth register for the meeting, which we did!

Challenging myself toward this meeting gave me a lot of courage, and I started to regain my confidence. I fought my fear and anxiety with faith! It was like climbing a ladder; I was already climbing, but the meeting was the push I needed to make it to the top. My midterm was one day before our youth meeting, and I did really well! My advisors told me that they were so intrigued by my topic that they even researched it afterward.

What I took away from this meeting is that whether I’m facing depression or ADHD, I can decide that nothing will block me from my growth. 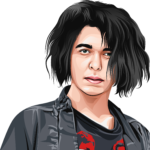 Growing up, I was around a lot of people who chanted Nam-myoho-renge-kyo and was always curious about it. When I graduated from high school last year, it was my first year living on my own. I’m open to anything that will help me develop a positive mindset, so when a friend invited me to the March Youth General Meeting, I joined with my roommate. This was my first SGI activity, and my first impression was very positive. Everyone was so determined, motivated and supportive of one another. At the meeting, I joined a breakout session where I spoke with someone who moved to New York from India about how Buddhism has helped him. We went really deep. He told me that chanting Nam-myoho-renge-kyo brought him lots of success.

My biggest takeaway was seeing Daisaku Ikeda speak. I was so inspired by his words, the way he spoke and carried himself, and how he was so firm and passionate with his belief in young people.

I want to pursue fashion, start my own business and travel the world. I’m saving up money to create my first line while networking and rigorously researching designers. To develop more motivation, I’m getting connected with the SGI community and resources to test this Buddhist practice out. 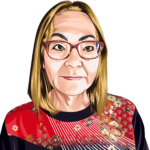 “We Can Achieve Anything”

I always think about the March 16 ceremony and Ikeda Sensei’s heart to respond to his mentor by spreading the humanistic philosophy of Buddhism. I want to respond to Sensei, too, so I enjoyed the challenge to invite youth to the March Youth General Meeting.

My chapter set a big goal of how many youth we wanted to attend, but it was far beyond those who actively attend meetings, so we thought, How are we going to do that? We decided as a team that we will achieve it and then chanted Nam-myoho-renge-kyo and took action.

One youth wasn’t interested in attending the activity. I hadn’t seen him for a while, and he wouldn’t respond to youth leaders, but I didn’t want to leave him behind, so I called him. He answered the call and said, “Namiko, I’ve missed you” and registered for the meeting. In that moment, I was so happy. Encouraging youth and working together with them is my greatest joy.

In the end, 81 young people we spoke with registered for the meeting. To me, when we unite for the sake of kosen-rufu, we can achieve anything. I will continue to respond to my mentor and connect every one of our precious youth to Sensei. 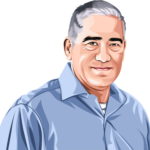 Focusing on Our Future

I work part time in Air National Guard health services and full time in a civilian health care setting, which have kept me very busy because of COVID-19. Even so, I was determined to work together with my district team to encourage our youth toward the March Youth General Meeting.

We have a new district young men’s leader. He grew up in the SGI but started actively participating in activities in the last several months after we asked him to emcee a discussion meeting and then some region meetings. I’ve been working closely with him, and he’s been blooming. He was very involved in the youth meeting and excited to have his own guest attend as well. Seeing his growth as a capable person has been very exciting.

For a while, I’d been focused on our men’s division and dormant members. But this campaign helped me see that we also need to focus on our youth division—our future leadership.

I also saw that our district has so much potential. Together with my co-leaders, I’m determined to encourage and raise our youth to be the next generation of leaders.