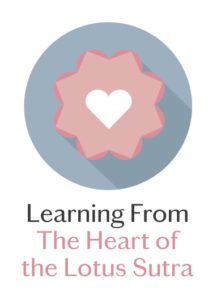 In his book The Heart of the Lotus Sutra, Ikeda Sensei details the significance and meaning of “Expedient Means” and “Life Span of the Thus Come One,” the 2nd and 16th chapters of the Lotus Sutra, which we recite in our daily practice of gongyo. This month, let’s study what Sensei says about the following passage:

Their names are universally known. They have realized the Law that is profound and never known before. (The Lotus Sutra and Its Opening and Closing Sutras, p. 56)

[This] line, “their names are universally known,” means that the names of those who bravely and vigorously exert themselves in their practice will be known far and wide. Because of their brave and vigorous efforts, they win renown. Because of their splendid Buddhist practice, they move the hearts of all Buddhas. …

The names of those who bravely and vigorously dedicate themselves to kosen-rufu are known to all Buddhas and bodhisattvas in the ten directions, and to Brahma and Shakra and all the heavenly gods and benevolent deities. Their reputation extends throughout the universe. The reason for this, the sutra explains, is that spreading the correct Buddhist teaching in the Latter Day of the Law is the most difficult undertaking. Accordingly, the great achievement of those who actually spread the Lotus Sutra cannot fail to be known to the beings in the worlds of the ten directions, the entire universe. Therefore, all Buddhas, bodhisattvas and heavenly gods and benevolent deities throughout the three existences and the ten directions throughout time and space—are sure to protect the courageous men and women who propagate the Mystic Law. …

Nichiren Daishonin writes: “Now, no matter what, strive in faith and be known as a votary of the Lotus Sutra, and remain my disciple for the rest of your life” (“The True Aspect of All Phenomena,” The Writings of Nichiren Daishonin, vol. 1, p. 385) and “Bring forth the great power of faith, and be spoken of by all the people of Kamakura, both high and low, or by all the people of Japan, as ‘Shijo Kingo, Shijo Kingo of the Lotus school!’” (“Earthly Desires Are Enlightenment,” WND-1, 319).

Nichiren’s intent is for each person to shine as a celebrity of the Mystic Law in their community and in society at large. By making dedicated efforts in faith, we are certain to develop such a reputation.

To win a name for oneself through dedication to the Lotus Sutra is the highest honor. The lives of those who struggle for kosen-rufu alongside the original Buddha, Nichiren, bloom eternally with a beautiful fragrance of Buddhahood. They are definitely known to all Buddhas in the ten directions.

The SGI’s movement and ideals have now spread throughout the world, and as a result, voices far and wide are extolling Buddhism’s value. This certainly corroborates the words “their names are universally known.”

This propagation, which has brought the Mystic Law to some 115 countries and territories [at present, 192 countries and territories], is unprecedented in the history of Buddhism. You, the millions of friends who have emerged from the earth, have accomplished this sacred undertaking. No other individuals or groups have dedicated themselves to spreading Buddhism and elevating the Law with such earnestness.

Your names and the SGI’s name will definitely shine with a golden light in history and resound throughout the universe, reaching the ears of all Buddhas in the ten directions. This is clear in light of the words “their names are universally known.”

According to the passage “They have realized the Law that is profound and never known before,” the Mystic Law in which we believe is a teaching “never known before.” When I read these words, I feel as though the dawn were breaking before my eyes. (The Heart of the Lotus Sutra, pp. 46–48) 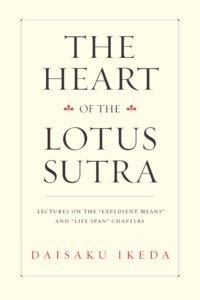