Ikeda Sensei has had dialogues with leading figures throughout the world to strengthen and advance the path to peace. To date, 80 of his dialogues have been published in book form. This new series highlights one dialogue a month.

The following excerpts are from Into Full Flower (pages 108–11), a dialogue between Daisaku Ikeda and Elise Boulding (1920–2010), an American Quaker and Sociologist Emeritus from Dartmouth College where she developed the nation’s first Peace Studies program.

Daisaku Ikeda: Transcending national boundaries and the narrow nationalism that separates people must begin with research into, as you describe, the incredible diversity of human creativity and education that respects that diversity. The Austria-born philosopher Ivan Illich had some interesting things to say on this topic. First, he believed that the meaning of the word peace differs depending on the age and culture. For example, the meanings of the Latin pax, Hebrew shalom, and Hindi shanti all differ slightly. Illich believed that we need a history of peace, which would undoubtedly be much richer and more complex than our history of war, and that a history consisting of nothing but conflict oversimplifies the past. 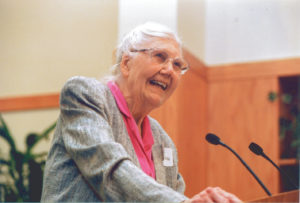 Elise Boulding: In a book I wrote titled Cultures of Peace, the Hidden Side of History (2000), I argue that history is thought of as the history of war, when actually true human history describes how people have coped with the various issues that came their way. Although some interactions were violent, far more were nonviolent. But this rarely appears in history books. We need a new approach to history because too many people believe that humans are basically war-making animals and that the more weapons we have, the safer we are.

Ikeda: The belief that humans are fundamentally warlike inevitably becomes justification for war and violence. This notion itself inflames the cycle of hatred and violence, thus spreading mistrust and prejudice among people.

Buddhism regards violence as a manifestation of the destructive impulse within human life. Although it cannot be entirely eliminated, this impulse can be controlled. I am convinced that we have the wisdom to adjust and alter our social systems to prevent violent outbreaks.

Exactly as you say, it is dangerous to conclude that human history is synonymous with a record of war. Several writers … have clearly identified war-free periods of history. For instance, a matriarchal, peace-loving society flourished in Neolithic Europe but was replaced by a patriarchal culture when, in the Bronze Age, Proto-Indo-Europeans invaded and the spread of Indo-European languages began.

Boulding: We need to tell the women’s story. When men go to war, women and children are left at home. European history shows that hospitals were originated by women as ways of organizing care both for children and the wounded. Women created institutions and schools because they had the time to teach their children. Since they were home and were not off fighting wars, women, especially nuns, developed educational systems and hospitals in the midst of wartime. Instead of always just describing how the Crusaders battled all the way to Constantinople and the Holy Land, it would be very interesting to write a history of the Crusades from the perspective of women.

Ikeda: The Crusaders offer a striking example of how the meaning of history changes vastly depending on how you interpret events. No doubt the Crusades would look very different from the standpoint of women.

Toda insisted that truly studying history entails developing your own perspective on it. He instructed me to always view history from the standpoint of ordinary people. The simple fact that war has caused the greatest suffering to ordinary people enrages me. History is certainly much more than the exploits and triumphs of heroes.

Boulding: From time to time, social movements generate eloquent leaders like Gandhi or King. But what is really important is that social movements develop in ordinary people a new awareness of what the world can be like. Great religious figures like Abraham, Mohammed, Jesus, and Shakyamuni ultimately articulated new forms of popular understanding that emerged in their times.

Ikeda: The lives of nonviolent heroes like Gandhi and King suggest superhuman courage and leadership abilities. Both of them, however, continually emphasized the mission of each and every individual.

This was Shakyamuni’s message, too, as is clear from the “Expedient Means” chapter of the Lotus Sutra, where he states his goal to “make all persons equal to me, without any distinction between us.” Everyone is endowed with limitless wisdom, courage, and good fortune, he believed. His intent was to develop these qualities in all his disciples to the degree to which he himself had manifested them. In India, Buddhism died out largely because it started to set Shakyamuni apart as someone special, someone isolated from ordinary people.

Boulding: Too often, leaders with great charisma have seized power. I am interested in social movements that enable leaders to emerge who, while still charismatic, do not grab power. …

Change comes from creative movements by the people. In a creative society, spokespersons, no matter how eloquent, are not power-grabbers of the kind that can very quickly lead society astray. (Into Full Flower, pp. 108–11)

Buddhism regards violence as a manifestation of the destructive impulse within human life. Although it cannot be entirely eliminated, this impulse can be controlled. I am convinced that we have the wisdom to adjust and alter our social systems to prevent violent outbreaks. 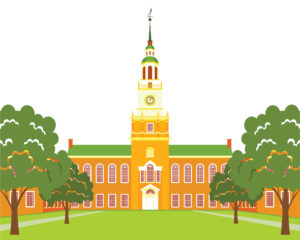 • Quaker and longtime leader in peace and peace studies, she built the Peace Studies Program at Dartmouth College.

• Earned her master’s and doctorate degrees in sociology while raising five children.

• Authored numerous books, including Cultures of Peace: The Hidden Side of History. 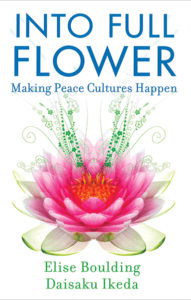 The Brilliant Path of Worldwide Kosen-rufu: Special Edition [1 of 2]

“Winning in the Mornings”