This installment, published in the April 22, 2021, Seikyo Shimbun, focuses on passages from Nichiren Daishonin’s writings that Ikeda Sensei discusses in volume 28 of The New Human Revolution. The official English translation of volume 28 will be published at a later date. As such, these excerpts are subject to later revisions.

“If any of Nichiren’s disciples disrupt the unity of many in body but one in mind, they would be like warriors who destroy their own castle from within.” (“The Heritage of the Ultimate Law of Life,” The Writings of Nichiren Daishonin, vol. 1, p. 217)

Ironclad Unity Is the Key 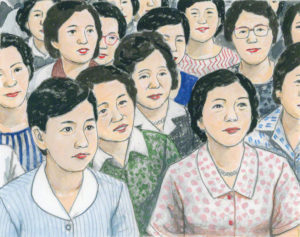 In July 1978, Shin’ichi Yamamoto discussed the importance of unity at one of the commemorative gongyo meetings held at the Tono Culture Center, Gifu Prefecture.

Shin’ichi remarked: “It is crucial that we respect one another as fellow members and advance together in harmony and unity. Unity is the force for advancing kosen-rufu.

“According to the sutras and Nichiren Daishonin’s writings, devilish forces are sure to arise, competing with one another to obstruct the advance of the Soka Gakkai, the organization dedicated to realizing kosen-rufu. They will appear as external forces, such as oppression and persecution by those with power and authority, as well as from within, in the form of envy and resentment among members.

“We must be especially vigilant against negative functions that seek to corrode our organization from within. If members are jealous and bitter, if they bear grudges and make disparaging remarks about one another, no matter how hard they strive in faith, they won’t be able to feel a sense of joy, and the benefit and good fortune that derive from their practice will diminish.

“Even worse, if leaders are at loggerheads, unable to unite and trying to sabotage one another behind the scenes, they will create confusion and division in our organization devoted to putting into practice the Buddha’s intent, and disrupt the development of kosen-rufu. That is a very serious offense indeed.

“Being harmoniously united is proof that all of you are transforming your life state and carrying out your human revolution.” …

External forces that seek opportunities to impede a movement search for a breach in unity. They try to drive a wedge between mentor and disciples, and among fellow members, fomenting hostility and conflict. That’s why possessing ironclad unity that leaves no gap for devilish functions to creep in is a force for protecting the members and making a great advance for kosen-rufu. (Tentative translation from the “Great Path” chapter)

“Now, if you wish to attain Buddhahood, you have only to lower the banner of your arrogance, cast aside the staff of your anger, and devote yourself exclusively to the one vehicle of the Lotus Sutra. Worldly fame and profit are mere baubles of your present existence, and arrogance and prejudice are ties that will fetter you in the next one.” (“Questions and Answers about Embracing the Lotus Sutra,” WND-1, 58–59)

Conquering Arrogance to Become a Champion 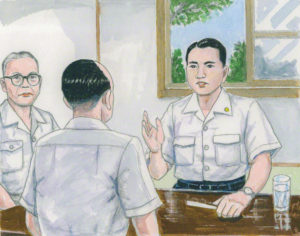 In August 1958, during a visit to Kagoshima Prefecture, Shin’ichi met with a man who had been able to transform his financial circumstances through striving in faith. However, upon perceiving a strain of arrogance and disdain for fellow members in his attitude, Shin’ichi gave him strict guidance.

“You worked hard to share this Buddhism and your business went well. This is nothing but a benefit from the Gohonzon and the power of faith. But if you start to become arrogant and allow your faith to tarnish, you will find yourself deadlocked once again. That’s why it’s important to conquer any arrogance dwelling in your heart.

“Of course, chanting Nam-myoho-renge-kyo and sharing this Buddhism with others will bring you benefit and enable you to overcome financial difficulties. But in order to attain Buddhahood in this lifetime—in other words, to establish a life state of absolute happiness—we must steadily persevere in faith throughout our lives. Perseverance is the key to faith. If you let arrogance go to your head, it will destroy your faith.” …

Quoting Nichiren Daishonin’s words, Shin’ichi added: “Having observed many people, I can tell you that the majority of those who eventually stopped practicing were those who fell prey to arrogance. Arrogance causes us to become self-centered and unable to work in unity with others, eventually leading us to serve as a destructive function in the organization dedicated to kosen-rufu. I say this for your sake, for I hope you will become a champion in faith.” (Tentative translation from the “Islands of Victory” chapter)

Moral Lessons of the Twentieth Century