A palpable sense of joy and excitement emanated from homes throughout the country on Aug. 9, when some 3,000 elementary school division (ESD) members, families and supporters gathered for the virtual SGI-USA ESD meeting, themed “One Youth. Infinite Hope. Now More Than Ever!”

The first portion of the meeting featured an interactive exercise video, based on warm-up calisthenics that Sensei had done with members, a Soka University of America promotion and encouragement from SGI-USA Executive Advisor Danny Nagashima, who also serves as the SGI-USA Parents Group leader. He shared his experience of welcoming Sensei to San Francisco in 1993, when Sensei established the junior high and high school division in America. Mr. Nagashima said many of the youth who met Sensei that day have become great leaders in society.

In a nod to the current youth, 10-year-old Alaya Hardy, of New York, discussed her journey of chanting Nam-myoho-renge-kyo every morning to help her challenge difficult subjects in school like writing. Since then, her writing has improved so much that she received an award at school. Alaya expressed her desire to become a doctor and businesswoman because she “likes to help people.” She concluded her experience with words of appreciation for the SGI-USA and Sensei.

Participants later split into breakouts, where they learned about Sensei’s travels to their territories through creative scavenger hunts and games. They also heard from men’s and women’s division members about their personal stories with Sensei in America and how those encounters impacted their lives and local areas.

Another highlight of the meeting was when representative ESD members read excerpts of Sensei’s recent essay to the future division titled “Stand Tall With the Majestic Dignity of Mount Fuji!” Addressing the next generation, he concludes with this powerful call to action:

My supremely noble successors, who uphold the Mystic Law, stand tall with the majestic dignity of Mount Fuji! Cherish grand dreams and strive with optimism and energy to achieve them!

I call on you, my young friends, to make the global society of the 21st century into an indestructible treasure land of peace, happiness and harmonious coexistence. As torchbearers of justice who share my spirit, make a glorious rainbow of victory shine in the sky of the century of life and human revolution! (Sept. 4 World Tribune, p. 3).

Voices From the ESD Meeting 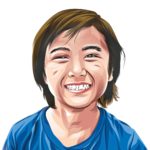 Skyler Okuda, California
This meeting was fun and special because it helped me learn more about how Ikeda Sensei teaches us to be grateful. I was so inspired by the experiences of those growing up and having happy families in the SGI. I want to be like that, too, and get my black belt in taekwon-do. Now, I’m 8 years old, and I want to go to school at Soka University of America! 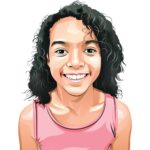 Alina Garrett, Texas
I really enjoyed the meeting, especially the experience, because it motivates me to have hope and believe in the Gohonzon, no matter what! I got to be an emcee and enjoyed practicing in advance. Before the meeting, my shoes broke at the beach and my brother had to carry me, but I still wanted to be emcee! Then a stranger gave me a new pair! I’ll always remember Ikeda Sensei’s guidance: “No matter how hard things are, keep chanting, until the last moment of your life” (August Living Buddhism, p. 49). 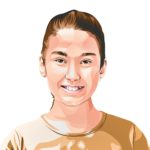 Bella Pacheco-Vergel, New Jersey
It was really fun to see so many kids attend and how many were in the SGI. Also, I was super happy because I convinced my friend to join the meeting. She asked so many questions, and I just kept answering them and answering them. Then, my friend finally started to understand Buddhism. I am so happy that I could introduce her to this practice.