This kicks off a series of long-awaited developments toward the university’s 20th-anniversary celebrations next year.

The newly appointed SUA President Edward M. Feasel has overseen the approval and process of creating the new concentration and its facility. In a press release, he said, “We are excited to introduce our new concentration in the life sciences, which we are confident will send many great Soka graduates out into all spheres of the life sciences, including medicine, where they will make important and necessary contributions to the betterment of society—just as we have done in our other concentrations for 15 years now.”

The new concentration—which prepares students to “engage in the dynamic field of public health with a global outlook that considers the societal and cultural implications of new advances in science”—falls under SUA’s bachelor’s in liberal arts program. To ensure the safety of the campus community during the coronavirus pandemic, instruction for the fall semester will be remote.

Daisaku Ikeda established SUA’s undergraduate program in 2001 in Aliso Viejo, California. Founded upon the Buddhist principles of peace, human rights and the sanctity of life, SUA is open to top students of all backgrounds and beliefs. Visit www.soka.edu for more information. 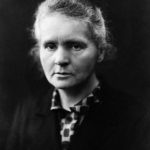 Marie Curie was not only the first woman to receive a Nobel Prize but also the first person to win the Nobel Prize twice and in two scientific fields (physics in 1903 with her husband, Pierre, and chemistry in 1911).

A History of Education at SUA

2001—Undergraduate program opens at Aliso Viejo campus on May 3

2005—First undergraduate commencement and accreditation on May 22

The Power of the Poetic Spirit

Stand Tall with the Majestic Dignity of Mount Fuji!