Living Buddhism: Thank you, Aditya, for sharing your experience with us! Starting in January, members around the world embarked on a fresh journey to deeply study SGI President Ikeda’s serialized novel The New Human Revolution. Can you recall a passage that has encouraged you to break through your struggles?

Aditya Negi: Yes, in volume 24 of The New Human Revolution, Sensei writes: “Buddhism is win or lose. Dedicating our lives to kosen-rufu as we have, our faith guarantees that we will definitely be winners in society and in all things” (p. 334). Dedicating my life to kosen-rufu has truly expanded my life beyond what I thought it could be.

How did you start your Buddhist practice?

Aditya: In 2009, I completed my bachelor’s degree in India and began applying to graduate school to pursue an MBA. I wasn’t accepted by any of the programs I wanted to attend, so I was deeply disappointed in myself. I believed that, no matter how hard I worked, I would be an unlucky person.

My girlfriend at the time had just begun practicing Nichiren Buddhism with the SGI. Hearing my constant complaints, she encouraged me to chant Nam-myoho-renge-kyo to get into the school I desired. I gave chanting a try, and after getting accepted into my school of choice, I joined the SGI.

How did chanting change your goals in life?

Aditya: After completing my MBA in 2012, I began working for a market research company. By then, I had developed a consistent practice and actively participated in my district as a young men’s leader. As I gained more experience at work and more confidence in myself through my Buddhist practice, I made a determination to pursue a master’s degree in the U.S. In May 2016, I was accepted to the University of Illinois at Chicago to study business analytics.

The move to America was eye-opening. My real challenge had just begun, and I vowed to give my all to achieving each of my goals for kosen-rufu.

How did you get started in America?

Aditya: I got in touch with local SGI members and attended my first meeting. The 50,000 Lions of Justice campaign had just been announced, and I was excited to participate. I was prepared to do whatever I could to support the movement.

I united with my young men’s leaders, chanted together and went out to encourage other young men. Although I was new to the area, I earnestly chanted to introduce someone to the practice and encourage others with the conviction that they can change anything with Nam-myoho-renge-kyo. The lifestyle in the U.S. was quite different from what I was accustomed to in India, but the passion and joy I felt from running with other young men to share Buddhism and care for the members left me no time to hesitate or feel down. 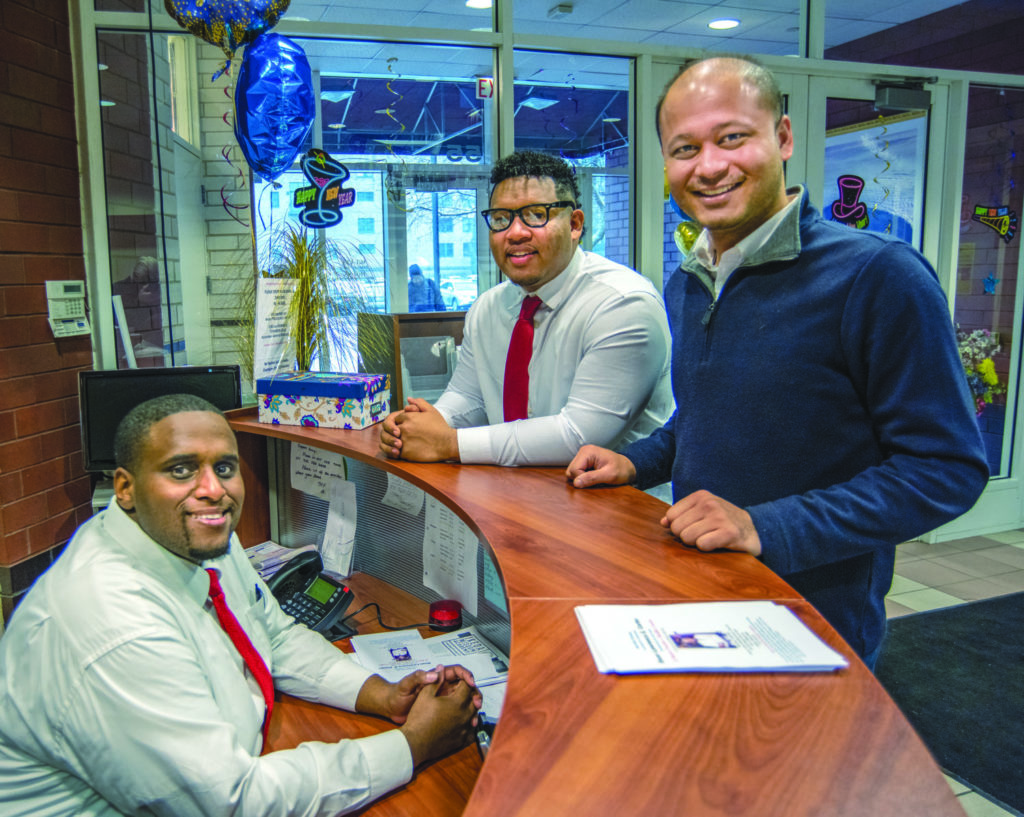 Were there any obstacles along the way?

We are very sorry to hear about this precious life cut short. How did this experience shift your attitude about your practice?

Aditya: I determined never to take anyone for granted, and I strive to cherish each person. Now, whenever I meet with young men, I am all the more determined to show them, through my life condition, just how wonderful this practice is. I encourage them to step out of their isolation and participate in SGI activities to open up limitless possibilities in their lives.

I’m also committed with even more seriousness to the young men’s behind-the-scenes training groups. I began supporting weekly Gajokai shifts to protect our SGI center, and Soka Group shifts at every major SGI event to ensure there were no accidents. And, after a full day of activities, I united with the guys for late-night dinners to deepen our bonds of friendship.

How did you approach your studies during this time?

Aditya: One of my roommates heckled me for doing SGI activities, saying that I would not have enough time to do well in school. I would encourage him to chant with me, but he said it was a waste of time. I resolved to never slacken in my studies and to achieve a 4.0 GPA.

Every morning, I chanted abundantly with the prayer to absorb everything from class that day. I also chanted for my health, so that I never had to miss school. Since I had to be on time for my Gajokai shifts and other activities, this also meant that I had to submit my classwork on time as well.

Through the training I received from SGI activities, I also learned the importance of honoring my responsibilities and gaining the trust of the people around me. This led me to receive a graduate assistantship grant that waived 75 percent of my tuition. In addition, I received a job offer to work with the business school over the summer even though I hadn’t applied for a job.

After seeing this undeniable proof, my roommate became curious about the practice and attended an introductory meeting, and another roommate began his practice! To top it off, I completed my master’s program in May 2018 with a 4.0 GPA!

Congratulations! What happened after graduation?

Aditya: I began searching for work in downtown Chicago so I could continue fighting for kosen-rufu here toward the 50K Festival and beyond. After submitting numerous applications, I received an offer from a firm in Seattle. It was a great opportunity to work with a prestigious client, but I was torn about staying in Chicago. As I chanted for clarity and the best outcome, the offer fell through, and I was again without any prospects for work. With no income source, I ate instant noodles every day and moved from my own room to the living room to lower my rent.

How did you break through?

Aditya: Around this time, I read a passage from SGI President Ikeda’s diary that deeply moved me. He said: “This battle [in Osaka] will determine my destiny. My only recourse is to believe in the Buddhist gods’ protection. No, rather than simply parroting Buddhist terms, I must first dedicate my entire spirit, my essence. Only then can I expect protection from the Buddhist gods” (A Youthful Diary, p. 265). There were moments where I doubted my decision to stay in Chicago, but seeking this fighting spirit from Sensei helped me remember the vow I had made for kosen-rufu. I was determined to write my own destiny.

Around that time, I was appointed to be in charge of the 50K Festival’s bus movement as Soka Group. It was a monumental task of coordinating the arrival and departure of almost 30 buses, with over 1,000 youth onboard. I couldn’t allow myself the time to feel hopeless.

I chanted a lot every day and spent every night working on the movement, while reaching out to and encouraging other youth to attend the festival. To ensure a safe and smooth movement, I made numerous visits to the venue and reworked the plan over and over again late into the night. I also applied this training directly to my job applications by reviewing the job profiles in detail and making countless revisions to my resume.

What was the outcome?

Aditya: Four days before the festival, I received a job offer from a company that specializes in advertising for shopper-activation, located in downtown Chicago! The work was exactly what I had been chanting for, with great pay and benefits. And within a week of my start date in October 2018, I learned that the company would apply for my work visa!

The bus movement for the festival was also a success, with no accidents. And, throughout it all, I helped four of my friends receive the Gohonzon and start their Buddhist practice. A classmate of mine opened up about his father who was diagnosed with lung cancer, and began asking about Buddhism. Since he started his practice, his father has been responding well to the treatment. He supported the festival as a Soka Group alongside me and even encouraged several of his friends to attend.

What a tremendous victory! What is your determination toward the Soka Gakkai’s 90th anniversary in 2020?

Aditya: As the newly appointed vice young men’s leader for Chicago Zone, I am determined to continue encouraging the young men to never give up and to participate in SGI activities to transform their destinies and help others do the same. I want the young men to realize that they are capable of so much more, as Sensei and SGI activities have taught me.

Personally, I have goals to advance my career and find a wonderful partner who equally shares a vow for kosen-rufu. Until now, I feel I’ve been reading The New Human Revolution as just a novel. But now I’m determined to read all 30 volumes as a roadmap from my mentor on how to become the person I want to be. My vow is to dream big, break through my limitations and show the greatness of this practice to everyone around the world as a disciple of Sensei!

Living My Life to the Fullest

“Faith Means to Have Boundless Hope”