Four years ago, I learned that my daughter, Britan, was struggling with a heroin addiction. My once high-achieving daughter became a college dropout, jobless and chose to live on the streets with her abusive boyfriend.

Britan was assaulted and robbed many times, and was in and out of the emergency room with life-threatening issues. There were so many horrible and painful days while I sought to understand and challenge the evil disease that is drug addiction.

I chanted Nam-myoho-renge-kyo abundantly because I was easily consumed by negativity and fear. It was a moment-to-moment battle against my fundamental darkness. I did my best to fulfill my leadership responsibilities in the SGI, and it was during those times when I supported others in faith that I didn’t dwell on my personal suffering. I came to understand that Buddhism is about winning over oneself by helping others.

I received encouragement from many seniors in faith who shared that this was my personal journey to develop my faith, do my human revolution and change my family karma. But for a few years, I couldn’t grasp how my daughter’s struggles with addiction were about my faith.

One night in October 2017, I came home and found a suicide note and blood all over Britan’s bedroom and bathroom. When we called the police, they instructed me to contact all the hospitals and the morgue. I was inconsolable, so my friend called every hospital in Las Vegas for me. I reached out to the coroner’s office but couldn’t get through. It was the same night as the 2017 Las Vegas mass shootings.

The next morning, we found her alive, and she was admitted to a mental health program. Days later, Britan tried to take her life again. She shared with me that her life was not worth living and that she just wanted to give up.

While I dealt with this heartbreaking situation, drug dealers would be parked outside of my house or banging on the window in the middle of the night.

The ongoing stress began to affect my health, and I experienced bouts of deep depression.

For so long, my prayer was that my daughter would wake up to her unlimited potential. I focused so much on her bad choices. But recalling the guidance I had received from a senior in faith, it dawned on me that I didn’t even see the value of my own life or have the confidence that my daughter would overcome her deep suffering.

I determined to rid myself of the judgment I was placing on Britan and began chanting for her happiness and victory, determined that she would overcome her suffering based on the confidence and strength of my prayer.

I was in the driver’s seat.

During this time, I read the following guidance from SGI President Ikeda every day, sometimes 20 times a day:

Faith means to have boundless hope. No matter how bad our present circumstances might be, even if it seems we are fighting a losing battle, we must stand up determined not to be defeated and from there show actual proof of the limitless potential of the Mystic Law. Is this not the true purpose of faith? (The Wisdom of the Lotus Sutra, vol. 6, p. 245)

One day, Britan asked why she wasn’t successful in killing herself, to which I responded: “Because you have a great mission to fulfill.” As determined as Britan was to end her life, Nam-myoho-renge-kyo was more powerful. I firmly believe that the united prayers of her SGI family changed the course of her life! Around this time, Britan began consistently chanting herself.

Due to the shift in my heart and the constant prayers of our SGI family, Britan experienced moments of sobriety that allowed her to make positive choices.

This past March, she admitted herself to a rehab facility in Hawaii, where she was warmly embraced by the staff. She felt a close connection with her counselor and later learned that she was a fellow SGI member. She also learned that her therapist was attending SGI activities, and the three of them, as well as Britan’s two friends, attended the 50,000 Lions of Justice Festival in Hawaii together!

Her road to recovery has been hit with many challenges, but Britan has continued to work hard toward sobriety. After completing her residential program, she moved into a sober living facility. Despite the substandard conditions, she maintained a good sense of humor saying that living on the streets prepared her for sober living. After not working for over three-and-a-half years, Britan got a full-time job and, after two months, was promoted to assistant manager.

Recently, Britan told me she was happy, feels good about her life and looks forward to the future. She never thought she would be living on her own and taking responsibility for her life. She has accomplished so much in her 10 months of sobriety!

Recently, I was appointed the Solimar District women’s leader, and I’m determined to extend to the members the same warm support that I’ve received throughout my life in the SGI. 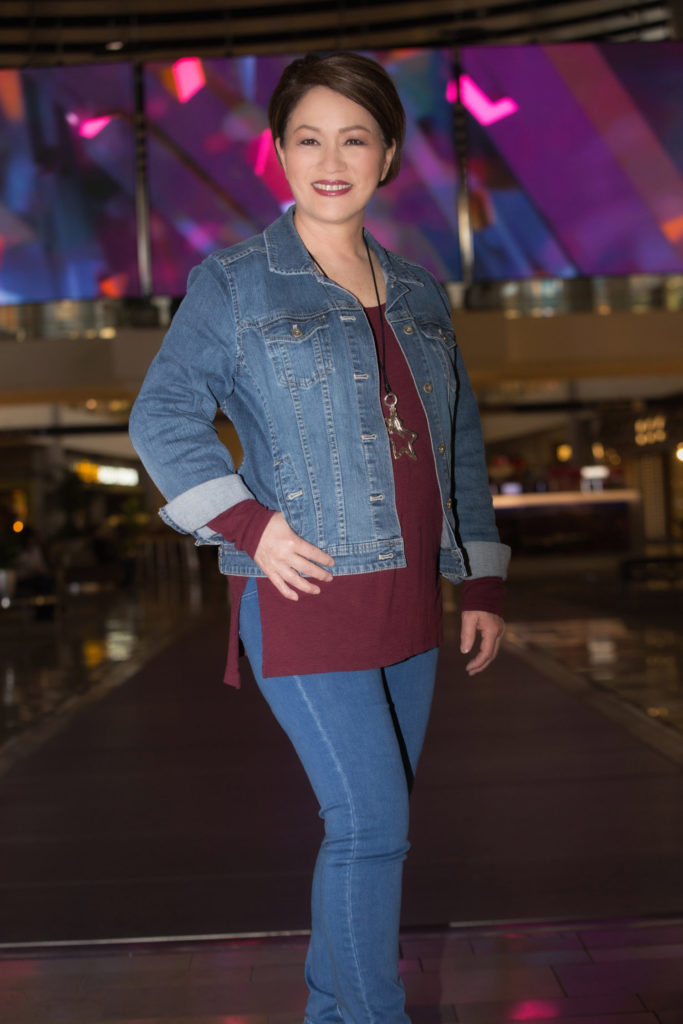 As a mother, it was only my daughter’s hardship that could deepen my conviction in the Gohonzon and my belief in my own unlimited potential, and for that I am forever grateful. WT

My Vow Determines My Destiny