Living Buddhism: Hiro, thank you for speaking with us. It’s difficult to believe that this month marks 20 years since the September 11 attacks, which changed the world as we knew it. We understand that you lived across the street from the World Trade Center at the time.

Hiro Nozuka: On September 11, 2001, I felt complete protection due to my Buddhist practice.

I was living in Battery Park City, a high-rise apartment complex across the street from the World Trade Center. I ran a limousine service, and started my shifts at 3 p.m. But on September 11, no one could take the morning shift, so I stepped in. 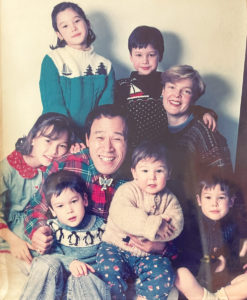 Hiro with his young family, 1994. Photos courtesy of Hiro Nozuka

I had my first pickup at 6:30 a.m. The passengers said they wanted to see one final New York landmark: the World Trade Center. I drove them to the twin towers and took photos for them.

I took my next passenger to LaGuardia Airport at around 9 a.m. The airport was swarming with heavily armed police. I thought that something major must have happened, but I was rushing to pick up my next customer.

Then, as I approached Manhattan, I saw smoke rising from the twin towers. Military personnel weren’t allowing anyone into the city. I turned on the radio and learned that two airplanes had crashed into the World Trade Center. I remember thinking, I need to get home and get the Gohonzon, but there was no way into Manhattan. Cell phone service was also down, so I had no way to let my family know that I was OK.

What was going through your mind?

Hiro: My mind was racing. Is my apartment building standing? Where will I sleep tonight? A friend took me in for the night. That evening, I chanted Nam-myoho-renge-kyo powerfully for the safety of everyone affected by these horrific attacks.

The next day, all bridges and tunnels into Manhattan were still closed. I found a bridge allowing me into upper Manhattan, but I wasn’t allowed to go farther downtown. I had to stay another night with a friend. 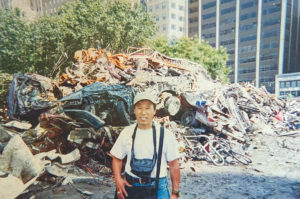 Hiro in his neighborhood, with all his belongings, just two days following the 9/11 attacks in New York City, September 13, 2001. Photos courtesy of Hiro Nozuka.

On September 13, I was able to reach the SGI-USA New York Culture Center. When I arrived, members were chanting and organizing relief efforts. Members who knew where I lived were relieved to see me. I was also able to call my children in Canada and let them know I was OK. We were all shedding tears of joy and relief.

I continued my journey home. The closer I got to Ground Zero, the higher the piles of debris and ash became. It looked like a snowstorm, but instead of snow, the buildings, cars and sidewalks were covered with several feet of ash. I took many detours due to security checkpoints, but I finally arrived at my apartment building.

It must have been so difficult for you. What did you find at home? 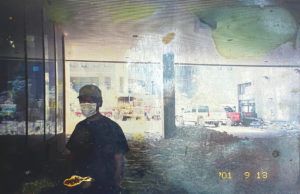 Hiro in his neighborhood, with all his belongings, just two days following the 9/11 attacks in New York City, September 13, 2001. Photos courtesy of Hiro Nozuka.

Hiro: My building was also covered in ash, with many broken windows. When I tried to go in, law enforcement said the building was not safe to enter. I begged a firefighter to let me collect a few belongings. He eventually allowed me in for 5 minutes. My apartment was covered in debris, with no electricity. But when I opened my Buddhist altar, the Gohonzon was fine. I packed it and left. I wasn’t allowed to enter my building for six months. I had nowhere to go.

As New York tourism dried up, so did my business. I was left with no income. Every day, I went to the SGI-USA New York Culture Center to chant and read Ikeda Sensei’s guidance in the publications. This was my lifeline.

I realized that I had a mission on behalf of the nearly 3,000 victims of 9/11, including my good friend and SGI member David Aoyama, to fight for the happiness of others and create a peaceful world.

How did you develop a foundation in faith so you could withstand such difficulties?

Hiro: From the beginning of my practice, I knew that I could make the impossible possible as long as I never gave up.

During my second year of high school, I moved to Tokyo to pursue a singing career. I lived in a cramped apartment with other aspiring artists and delivered newspapers to survive.

During this time, a neighbor introduced me to the Soka Gakkai. When I chanted, I felt a refreshing energy and determination to fight for my dreams, so I received the Gohonzon at 18 years old. Soon after, I was given a new delivery route, which included the home of one of Japan’s most famous opera singers Miho Nagato. One day, I summoned the courage to speak with her, and she offered to give me singing lessons! She and her husband treated me like their son. I began working for them and organized their schedules, concerts and parties. I was able to see the world, traveling with them to 26 countries.

In 1976, after 10 years with the opera company, I decided to create my own path. During one of our trips to New York, I wrote them a letter stating my desire to stay. I found myself alone in New York City with 25 cents in my pocket and the Gohonzon.

I realized that I had a mission on behalf of the 3,000 victims of 9/11 … to fight for the happiness of others and create a peaceful world.

What happened from there?

Hiro: I was struggling to find work and stay in the U.S. legally. I dove into SGI activities, attending meetings every night and introducing several hundred people to Buddhism. I did all kinds of jobs to survive. But I resolved to make each job an opportunity to share Buddhism with my co-workers and make friends. New York is expensive, so there were many times when I couldn’t pay rent and didn’t have a place to stay. But I learned to enjoy my struggles and see them as a grand drama.

Eventually I was granted a green card and started my own limousine business. In 1983, I got married and had six beautiful children.

It sounds like you blazed a trail! What was the greatest hardship you faced?

Hiro: One of my biggest challenges came when my wife filed for divorce in 1995 and moved with our six children to Canada. Looking back, I wasn’t able to see things that I needed to change and just assumed my family would always be there. I took them for granted. The first five years after the divorce were miserable. I lost my house, had to attend endless court hearings and couldn’t see my children as much as I hoped. 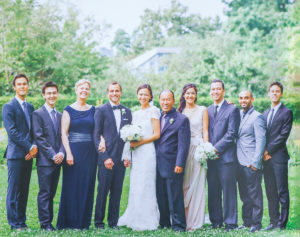 I stopped feeling sorry for myself when I read Sensei’s guidance that children are the greatest victims of divorce. I decided that I would be there for my children despite the distance between us. After receiving visiting rights, I went to Canada every month to see them. I apologized to my children and constantly chanted for their happiness. Over time, we developed an even stronger bond than when we were living together.

My children are now grown, and they are all contributing to society, whether as business leaders, educators, musicians or architects. My son Justin has become one of the most popular Canadian singers and has even received the French NRJ Music Award, which honors the best in music worldwide. I feel that all of the dreams I had when I began practicing have been realized through my children. I even resolved many issues between me and my ex-wife, Holly, and we’ve become good friends.

That’s tremendous. How are you doing now?

Hiro: I truly feel that, while not in a traditional way, I’ve been able to actualize Sensei’s guidance to have a harmonious family.

Also, six months after 9/11, my apartment building was deemed safe, and I was given a nicer apartment on the 15th floor with a beautiful view of the city. I placed my Buddhist altar in the direction of Ground Zero and, on behalf of the 3,000 victims, chant powerfully every day to bring an end to war and renew my vow to fight for a peaceful world.

You’re known as a “home visit champion.” What is your approach to encouraging SGI members? 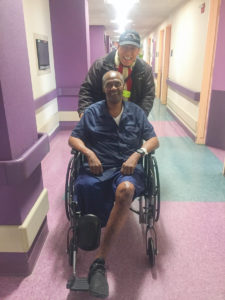 Hiro: In 1981, I supported Sensei’s visit to New York behind the scenes. He walked up to me and thanked me for my efforts. I felt like he was telling me to never forget those who are out of the spotlight.

Based on this, I visit members every day as the Many Treasures Group men’s vice leader for East Territory, especially members out of the spotlight, suffering with illness or who have distanced themselves from the SGI. I feel like if I don’t support these individuals, I can’t truly say that I’m doing kosen-rufu.

I see each member as Sensei’s friend. I think, What if Sensei asked me how his friends were doing? Many members of the Many Treasures Group, no matter how hard we worked for kosen-rufu in the past, are retired and don’t hold leadership in the SGI, so it’s easy to retire in faith. But our last moments will determine the life condition we will be born into in our next life. I want each member to put the finishing touches on their lives full of appreciation and determination to continue the eternal battle for kosen-rufu.

When I visit members, I praise them, thank them for everything they have done and assure them that they are victorious. We are always laughing and smiling after each visit.

I see each member as Sensei’s friend. I think, What if Sensei asked me how his friends were doing?

What are your future goals? 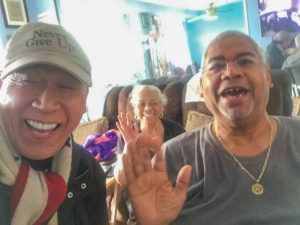 Hiro: My goal is to repay my debt of gratitude to the Soka Gakkai’s three founding presidents and all humanity by spreading Buddhism. At 73, I’ve achieved all of my personal dreams. Now, I want to support as many members as I can so they can fulfill their dreams in the final stages of their lives. I feel nothing but appreciation for my family, my ex-wife, all SGI members and Sensei. Because of everyone, I am who I am today and feel completely fulfilled.

Reviving the Spirit to Live