Faith, practice and study constitute the three essential pillars of SGI Nichiren Buddhism, and we can say that Nichiren Daishonin’s writings serve as the underlying foundation for these three pillars.

Seeking the greatest way to live, founding Soka Gakkai President Tsunesaburo Makiguchi discovered fundamental solutions to life in Nichiren’s writings. He established the Soka Gakkai as a movement to enable all people to live value-creative lives based on the Daishonin’s hope-filled teachings. 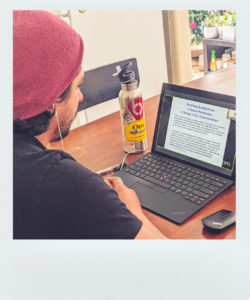 When Japan’s militarist authorities imprisoned President Makiguchi and his disciple, Josei Toda, for their refusal to accept the state religion, which would require them to compromise their belief in Nichiren Buddhism, the first thing Mr. Makiguchi asked for was a copy of Nichiren’s writings. Throughout his imprisonment, because of his study of these writings, he maintained unwavering faith, declaring: “Depending on one’s state of mind, even hell can be enjoyable.”[1]

Mr. Toda inherited his mentor’s lionhearted spirit and, when he emerged from prison in July 1945, he began rebuilding the Soka Gakkai basing his efforts on the writings of the Daishonin. He once wrote:

Whenever I read the Daishonin’s writings, his brilliant spirit, like the midsummer sun at noon, floods my heart. My chest feels as if it is filled with a giant ball of molten steel. Sometimes I feel like a scalding hot spring is gushing forth inside me, or as if a great, earthshaking waterfall is crashing over me.[2]

In the same spirit as presidents Makiguchi and Toda, Ikeda Sensei has used Nichiren’s teachings to face and win over all manner of devilish functions, developing the Soka Gakkai into a global movement for peace. He describes today’s SGI as a “university without walls” where people hone their wisdom through Buddhist practice and study. Sensei writes:

For both Mr. Makiguchi and Mr. Toda, reading the Daishonin’s writings was an inseparable part of their wholehearted struggle to embody the life state of Buddhahood. Their spirit of deeply taking to heart and actualizing the Daishonin’s writings through their actions continues to live on in the SGI today. The SGI has built a great philosophical movement that is based on a spirit of self-reliance and self-motivation. It is a movement in which ordinary people study Buddhism, share it with others and personally put it into practice.[3] 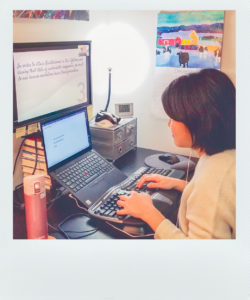 The Ikeda Wisdom Academy is the advanced study program for SGI-USA district through national youth leaders. It was named by Sensei on January 26, 2013.

Bearing the motto “Protecting the Mentor and the Teachings,” the academy aims to cultivate a new generation of leaders who will usher in a new age of the people. Based on their study of Nichiren Buddhism, these leaders will carry on the dauntless spirit of the eternal mentors of the Soka Gakkai, correctly understand and put into practice Nichiren’s writings, and lead lives of unparalleled victory.

Sensei once conveyed to young people the correct way to approach studying Nichiren’s writings as follows:

When we read Nichiren’s writings, we should do so with the profound conviction that we are reading the truth, the absolute truth—that this is exactly how it is. In other words, we should read with faith, seek with faith and understand with faith.

Western philosophy may begin from doubt, but when we are studying Buddhism, we must begin with faith. Even Shariputra, said to be foremost in wisdom among Shakyamuni’s disciples, attained enlightenment not through his knowledge or intellect but through faith. …

We should read his writings in action, word and thought. This means resolving to live according to it: sharing its philosophy with others and practicing its teachings ourselves. Our actions must match our convictions. That is the attitude with which to approach the study of Buddhism.[4]

In this lecture series, Sensei explores several of Nichiren’s core writings, including “Letter from Sado,” which contains the famous passage:

Iron, when heated in the flames and pounded, becomes a fine sword. Worthies and sages are tested by abuse.[5]

Sensei describes this letter as both a powerful message that the Daishonin “left for future generations out of his passionate wish to safeguard the correct teaching of Buddhism” and “the writing for the Soka Gakkai.”[6] Sensei says that he read this letter “again and again, drawing from it the courage to struggle on and make it through each day, and ultimately to realize victory.”[7]

While the Ikeda Wisdom Academy is a study program for SGI-USA youth leaders, all readers are invited to utilize this section of Living Buddhism as a guide for their personal study of Nichiren’s writings.

District through national youth leaders will study one chapter of the lecture series per month throughout the two-year Ikeda Wisdom Academy program. Please contact your local youth leaders for more information on meeting dates and locations.

“When we read Nichiren’s writings, we should do so with the profound conviction that we are reading the truth.” 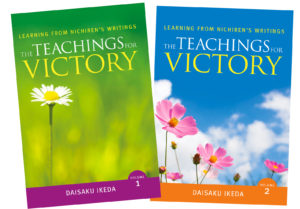 The Teachings for Victory, vols. 1 & 2 are available here.

Striving in the Two Ways of Practice and Study

4 Ways to Figure Out What You Want to Do