The life of each of us is like a canvas. What kind of picture do we paint there? We don’t have to be a celebrity or a genius. What’s important is to fill our canvas in our own style and to our own satisfaction, depicting the brilliant drama of a life devoted to our own individual mission, with all of our heart and being, up to the last moment. (Ikeda Sensei, The Third Stage of Life, p. 64)

A: The first thing is to have a spirit of gratitude and a dedication to kosen-rufu for as long as you live, all the while continuing to strengthen your faith. Though your leadership position may have changed, you should never think of yourself as having retired or graduated from faith. You are still fighting the good fight, just in a different role.

Otherwise, everything you’ve pledged, determined and said to others so far will be for naught. If they see you’ve given up, your juniors will lose heart and become dejected, and that may cause them to lose faith in Buddhism. As Nichiren Daishonin writes: “To accept is easy; to continue is difficult. But Buddhahood lies in continuing faith” (“The Difficulty of Sustaining Faith,” The Writings of Nichiren Daishonin, vol. 1, p. 471). Let’s make sure to keep the flame of faith burning brightly till the very end.

All Soka Gakkai members are closely observing the way their seniors in faith, who’ve practiced Nichiren Buddhism for many years, lead their lives. That’s why former Soka Gakkai leaders have the mission and responsibility to be role models as long as they live, demonstrating the correctness of the Soka Gakkai and Buddhism. (Ikeda Sensei, The New Human Revolution, vol. 25, pp. 128–29) 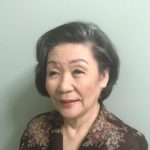 Nanami Vittor joins the Many Treasures Group (MTG) national team as the newly appointed SGI-USA vice women’s MTG leader. Mrs. Vittor lives in Ellicott City, Maryland, and also serves as the Mid-Atlantic Zone vice women’s leader. She started her Buddhist practice with the Soka Gakkai in 1967 in Japan and has since practiced in several countries. A few months after moving to the Netherlands, she welcomed Ikeda Sensei and Mrs. Ikeda to the country in 1983.

Carrying the Torch of Victory 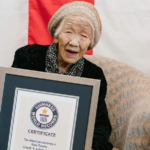 The Japanese supercentenarian Kane Tanaka, who also holds the title of the world’s oldest living person at 118, will carry the Olympic torch in May in her home prefecture of Fukuoka, Japan. Mrs. Tanaka’s family will assist her in her wheelchair for the 300-foot distance, but the torchbearer is determined to walk the last few steps before passing the flame to the next runner.

So, what’s her secret to longevity? Mrs. Tanaka, a two-time cancer survivor, credits it to having her family, sleeping well, having hope, eating good food and solving math problems.

“It’s great she reached that age, and she can still keep up an active lifestyle,” said her grandson Eiji Tanaka in a CNN article in March. “We want other people to see that and feel inspired and not think age is a barrier.”

Sowing the Seeds of Soka Education