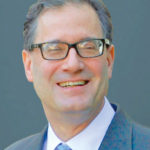 We entered June with heart-wrenching images of civil unrest unfolding in cities throughout the U.S., following the death of George Floyd, who died in custody, handcuffed and unarmed.

On May 29, the SGI-USA national leadership team responded with a statement in which we expressed our sadness and outrage at this blatant disregard for human life. At the same time, we shared our determination to actualize Ikeda Sensei’s encouragement that the only lasting solution to racial discrimination is human revolution—to realize “an inner reformation in the depths of people’s lives to transform the egoism that justifies the subjugation of others and replace it with a humanism that strives for coexistence among all peoples.”[1]

Nichiren Buddhism teaches that human relationships are governed by two principles: absolute respect for the dignity of life and that our own happiness can’t be built on the suffering of others.

When we look at society, it may be natural to get pulled up and down, left and right. But in vol. 17 of The New Human Revolution, Sensei says that the more widely we spread our ideals in society, the more important it is to base everything on the mentor-disciple relationship.[2]

Speaking to a youth who expressed hopelessness and intense anger regarding the unfolding events, I encouraged him to seriously chant Nam-myoho-renge-kyo and study Sensei’s guidance with a profound seeking spirit to both internalize and take action on it. I assured him that doing so would make it absolutely clear what action he should take.

What is it that each of us can do?

Our kosen-rufu movement is accessible to all. Anyone can take action. Every SGI-USA member should consider themselves as leaders in society. With that sense of responsibility, let’s reach out to our friends, family and fellow members to encourage them and give them hope. As Nichiren Daishonin says, “The voice carries out the work of the Buddha.”[3] Let’s take action.

Reality can be so cruel that we may lament the state of the world and question why we have to live in such a corrupt, degenerate age. This spirit to deplore reflects the human mind that is controlled by its environment. But human beings, no matter what their present circumstances or how difficult their environment, can live life on a completely different level through a transformation in their deepest attitude, or state of mind. That is the profound transformation from “deploring” to “rejoicing.” This is what happens when we actively engage in the movement for kosen-rufu. Only when we take initiative as the protagonist of our own life can we savor such joy.[4]

Rather than remaining helpless or furious or standing still, anyone who steps up and takes action, even if just one person, will transform their life at the core and become the protagonist for change in their environment. Let’s take action.

Of course, our Buddhist community is made up of all different kinds of people with diverse viewpoints, but the characteristic of a Buddha is compassion. Sensei calls on us to have “the compassion to maintain an imaginative empathy that reaches beyond one’s immediate surroundings and extends to those suffering in distant places.”[5]

Let’s send waves of Nam-myoho-renge-kyo to people who may be suffering. In Sensei’s poem “The Sun of Jiyu Over a New Land,” which he wrote following the L.A. Riots in 1992, he states:

As each group seeks its separate roots and origins,
society fractures along a thousand
fissure lines.
When neighbors distance themselves
from neighbors, continue your
uncompromising quest
for your truer roots
in the deepest regions of your life.
Seek out the primordial “roots” of
humankind.
Then you will without fail discover
the stately expanse of Jiyu
unfolding in the depths of your life.[6]

Sensei goes on to state that we, ordinary people, already possess the solution to this quandary:

First you must break the hard shell
of the lesser self.
This you must absolutely do.
Then direct your lucid gaze
toward your friends, fellow members. …

Now is the time for you to realize
that through relations
mutually inspiring and harmonious,
the greater self is awakened to
dynamic action,
the bonds of life are restored and
healed.[7]

And I also believe that this is a time when the spirit of our incredible women’s division members to protect people and protect our communities will come to the fore. Sensei declares it is indeed the determination of mothers that moves the world toward peace.

I was reflecting on this, recalling an episode that Sensei shares about his own mother:

Just before World War II ended, I saw an American pilot parachute from his plane, which had been shot down over Tokyo. The pilot, who looked to be still in his teens, was beaten with sticks by a mob, then blindfolded and led away by the military police. When I told my mother about this event, she exclaimed: “Poor thing! How terrible! How worried his mother must be about him!” The heartfelt concern and empathy in my mother’s voice at the time remains vividly with me today.[8]

Her eyes were firmly set on protecting the life of one person. In this same spirit, let’s use our voices to speak out based on the unshakable conviction that what we have to offer—Nichiren Buddhism and the philosophy of Soka—can and will bring about an era that upholds the dignity of life for everyone.

Become a Person of Wisdom of the Mystic Law!

Upholding an Invincible Spirit: Part 2 of 2