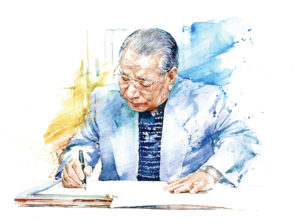 In 2019, the SGI-USA will join members around the world in earnestly studying SGI President Ikeda’s The New Human Revolution to both eternalize the mentor’s teachings and transmit them to future generations. Living Buddhism will aid this effort by publishing a monthly study guide, starting from its January 2019 issue.

To celebrate this new departure, the World Tribune has begun reprinting essays from “Thoughts on The New Human Revolution,” starting with the Jan. 1 issue.

When I recall the voice of my mentor, second Soka Gakkai President Josei Toda, I am overcome by a powerful nostalgia.

With an infinitely warm tone, he encouraged grieving friends and conveyed concern for the well-being of youth. With a voice like thunder that was driven by powerful emotion and tough love, he rebuked those who had been remiss. With devastating eloquence, he vanquished negative forces that sought to obstruct the progress of our movement. With the commanding tones of a mighty general, he tirelessly inspired and roused his comrades to action.

His was the great lion’s roar of one who had pledged to eradicate misery from the face of the earth. Mr. Toda’s voice reverberated with passion, calm, coldness, warmth, severity, generosity, compassion. It was, if you like, a voice of the four seasons—the biting cold of winter, gentle spring breezes, hot summer days, cool autumn nights.

At Shin’ichi Yamamoto’s proposal, leaders gathered at the Soka Gakkai Headquarters on Jan. 1, 1959—the first New Year’s Day after President Toda’s death—to listen to a tape of one of their late mentor’s lectures. Shin’ichi lamented the fact that Mr. Toda’s impassioned cry seemed to be fading from the Soka Gakkai.

When Mr. Toda’s voice sprang from the tape, the atmosphere in the room was immediately transformed. Everyone sat up straight, just as if Mr. Toda were in the room speaking to them. Many of them wept with emotion and vowed to keep striving fearlessly to achieve his vision.

Soon afterward, Shin’ichi set about having phonograph records of his mentor’s speeches and lectures made, so as to preserve his words for posterity. First he gathered every tape recording available of Mr. Toda’s talks and lectures, more than 160 in all. Members all over Japan helped. For that he was grateful.

As a representative of all of Mr. Toda’s disciples, Shin’ichi wrote the calligraphy for the title on the record jacket, “Soka Gakkai President Josei Toda’s Teachings.” He knew his calligraphy was not great art, but it was heartfelt.

His was the great lion’s roar of one who had pledged to eradicate misery from the face of the earth. Mr. Toda’s voice reverberated with passion, calm, coldness, warmth, severity, generosity, compassion.

The first record, a recording of Mr. Toda’s lecture on Nichiren Daishonin’s writing “On Prolonging Life,” was finished a little more than six months later in July 1959. In his diary Shin’ichi wrote: “I am so happy. I have been able to pay part of my debt of gratitude to my mentor.”

Shin’ichi first had the idea of making recordings of Mr. Toda’s speeches in 1951. The inspiration had come from a novel, The Eternal City by Hall Caine, which he had read and studied under Mr. Toda’s tutelage. Many years later, in an essay Shin’ichi wrote in connection with The Human Revolution, he noted that through The Eternal City his mentor had taught him much about the adventure of revolution and the strong bonds of true comrades. 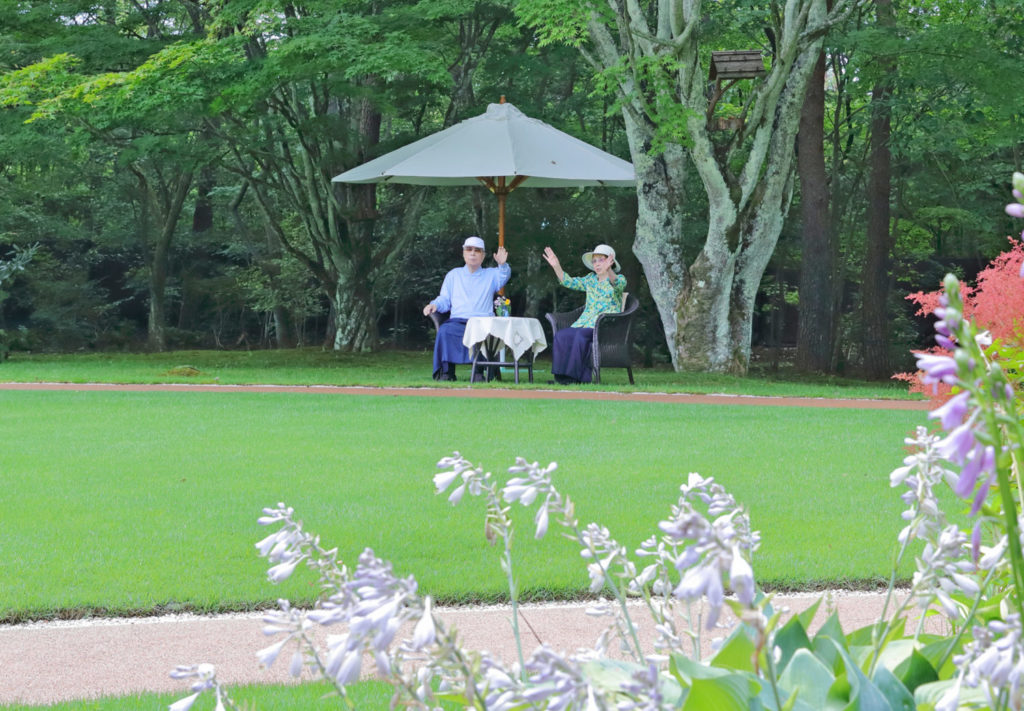 The Eternal City is set in Rome in 1900—which, by coincidence, is the same year that Mr. Toda was born.

Mr. Toda taught with the passion of a mentor who wished to make every word an everlasting source of inspiration for his disciples.

There is one unforgettable scene in the book. One day a phonograph cylinder—the equivalent of today’s record or compact disc—is delivered to the home of the hero, David Rossi. When Rossi winds up the phonograph and plays the cylinder, he hears the voice of his mentor, an old revolutionary who had been teacher, parent and benefactor to him. The recording was made from his mentor’s place of exile; it contains his final words to his young successor, urging him to continue the struggle for justice. Hearing the voice of his beloved teacher, Rossi breaks into tears and vows to fulfill his mentor’s wish.

As he and his fellow youth studied and discussed the lofty ideals of kosen-rufu with Mr. Toda, Shin’ichi thought to himself that he would like to record his mentor’s rousing words for all time—perhaps in the form of a phonograph record. At the time, Shin’ichi was only 23 and struggling amid great obstacles.

When Shin’ichi was the youth division chief of staff, it was he who bore the brunt of Mr. Toda’s regular scoldings.

A Soka Gakkai general director once said: “No one was scolded as often by Mr. Toda as Sensei. I was only scolded a few times. We all used to call Sensei ‘the breakwater.’ ” As a disciple of Mr. Toda, this is a source of pride for me. In my youth, that lion’s roar of my great mentor was infused in my life to an unsurpassed degree.

Nichiren writes: “Suppose a lion has a hundred cubs. When the lion king sees its cubs attacked by other beasts or birds of prey, he roars; the hundred cubs will then feel emboldened, and the heads of those other beasts and birds of prey will be split into seven pieces” (“The Drum at the Gate of Thunder,” The Writings of Nichiren Daishonin, vol. 1, p. 949).

As the successor of a lion king, I rose to my task a hundred times emboldened. And my efforts to fight for kosen-rufu are unflagging still today.

How could I claim to be a faithful disciple of my mentor if I failed to speak out for truth and justice?

“Be champions of kosen-rufu!”—this cry of his mentor is always with Shin’ichi even today. WT

Never Being Defeated Is My Greatest Benefit