I am delighted to start this hope-filled Year of Soka Victory together with my dear fellow members around the world. 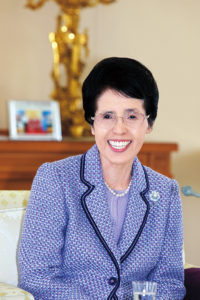 I would especially like to express my gratitude to you, the noble members of the women’s and young women’s divisions, the suns of Soka, for your energetic endeavors.

In my husband’s office, there is a large globe. Every morning, with that globe by his side, he opens the Seikyo Shimbun, the Soka Gakkai’s daily newspaper, and reads the reports of members’ activities and the various events taking place worldwide. He continues his work for kosen-rufu each day while joyfully watching over the dynamic growth of our movement as the sound of members chanting Nam-myoho-renge-kyo envelops our planet.

Supported by your sincere prayers, last year he completed the 30th and final volume of his serialized novel, The New Human Revolution.

Fifty-four years have passed since he first began writing its precursor, The Human Revolution, in Okinawa in 1964.

Though he had a weak constitution from his youth, he was able to write the serialized installments for daily publication in the Seikyo Shimbun while traveling throughout Japan and around the world. 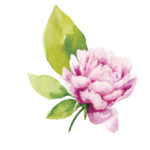 Our world is facing many difficult problems. It is because of this that such Buddhist principles as “earthly desires lead to enlightenment,” “changing poison into medicine” and “many in body, one in mind” are shining more brightly with the light of wisdom, courage and compassion.

There were times when, too ill to hold a pen, he would dictate his work into a tape recorder, or for me to take down in writing.

He began composing The New Human Revolution from the age of 65, aware that it would be a supreme challenge to finish it within his lifetime. It’s so wonderful that he was able to complete it. This is a clear example of human revolution and the benefit of “prolonging one’s life through faith” taught in the Lotus Sutra. I hope that his accomplishment serves as great inspiration to those battling illness and those in the golden years of their lives.

Neither the pure land nor hell exists outside oneself; both lie only within one’s own heart. Awakened to this, one is called a Buddha; deluded about it, one is called an ordinary person. The Lotus Sutra reveals this truth, and one who embraces the Lotus Sutra will realize that hell is itself the Land of Tranquil Light. (“Hell Is the Land of Tranquil Light,” The Writings of Nichiren Daishonin, vol. 1, p. 456)

Nichiren Buddhism is a philosophy of hope enabling all people to awaken to their inherent Buddha nature and not be defeated by their karma or destiny, so that they can build a Land of Eternally Tranquil Light, a land of happiness and peace, in the real world.

In accord with the Daishonin’s teachings, Soka Gakkai members everywhere have enacted wonderful dramas of reviving and transforming their lives. Many of their stories are depicted in The Human Revolution and The New Human Revolution.

As my husband writes in the “Afterword” to The New Human Revolution,[1] it is his wish that our members, with the novel’s completion as a fresh starting point, will continue to transform karma into mission and “create their own brilliant history of human revolution.” The power to transform karma into mission, he clearly indicates, is to be found in faith based on the vow to achieve kosen-rufu.

Looking back, I recall a day about 50 years ago—I believe it was the year after my husband’s 1968 proposal for the normalization of diplomatic relations between China and Japan— when I visited residential areas in central Tokyo together with local women’s division leaders. I remember we attended eight discussion meetings in that single day. That was during a time when the Soka Gakkai was the target of unrelenting slander and abuse, which the Lotus Sutra predicts will befall the practitioners of the Mystic Law. 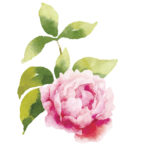 In giving guidance to women, my husband has often said: “Practitioners of the Lotus Sutra must have the strength to transform everything, even the most painful challenges, into a source of happiness and joy. Nichiren Buddhism enables us to do this.”

As we cheerfully traveled from one meeting to the next, we talked about making the roads we were on into roads leading to good fortune.

We spoke with the members about how transforming karma into mission is not simply like walking up a stairway one step at a time; rather, it starts from the point when, faced with a seemingly desperate situation, we pray with the determination not to retreat a single step. We discussed how it is important to have wisdom and that we cultivate wisdom by chanting Nam-myoho-renge-kyo and struggling against our own weaknesses. And we resolved together to become people who chant abundantly.

I am very happy to hear that now, a half-century later, the people I met then, their children and grandchildren, and their communities, are enjoying tremendous good fortune.

Our world is facing many difficult problems. It is because of this that such Buddhist principles as “earthly desires lead to enlightenment,” “changing poison into medicine” and “many in body, one in mind” are shining more brightly with the light of wisdom, courage and compassion.

In giving guidance to women, my husband has often said: “Practitioners of the Lotus Sutra must have the strength to transform everything, even the most painful challenges, into a source of happiness and joy. Nichiren Buddhism enables us to do this.” 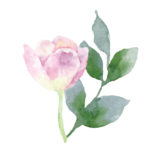 The five guidelines for absolute victory for the women’s division are:

1) Everything begins with prayer

2) Advancing harmoniously with our families

4) Cherishing our communities and societies

5) Joyfully sharing our experiences in faith

And the five eternal guidelines of the young women’s division are:

1) Be cheerful suns of happiness

3) Live your youth undefeated by anything

4) Engage in dialogue to foster friendship and humanistic ideals

Both sets of guidelines were presented 10 years ago.

Taking them to heart, let us work together in harmony and good cheer to further expand our network of mutual encouragement and beautiful diversity where all can shine in their own unique way. Let us fulfill our vow as Bodhisattvas of the Earth to help those who have suffered the most enjoy the greatest happiness, and to dramatically transform places that have undergone adversity into realms of peace and prosperity.

The Seikyo Shimbun, whose pages are filled each day with the vibrant smiles of Soka global citizens, published its 20,000th edition on Jan. 20.

Construction of the Soka Gakkai World Seikyo Center is proceeding smoothly. In fact, my husband recently took a photograph of the work in progress (on Jan. 8). He is looking forward eagerly to its completion in autumn of this year.

It is my most heartfelt prayer that invincible castles of health, security, good fortune and victory will adorn each of your lives in this Year of Soka Victory. 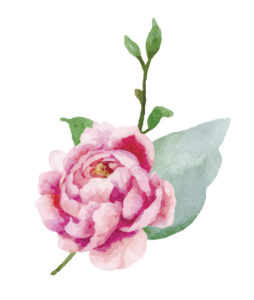 In this commemorative month, members across the country will focus on two major activities:

The women and young women will hold commemorative gongyo meetings to pray for the peace of the land. (Please talk to your local line leaders for more details.)

Let’s welcome 50,000 members and guests to our February discussion meetings across the country.

How can we accomplish this? It will be through our one-to-one, heart-to-heart dialogues.

As SGI-USA frontline leaders, let’s initiate a great wave of personal encouragement through visiting members at their homes, chanting Nam-myoho-renge-kyo with them, listening to their challenges and encouraging them, with great conviction, that attending and contributing to their discussion
meetings will bring great fortune to their lives.

For the friends we are introducing to Buddhism, the warm and familylike atmosphere of the district is one of the best places to begin one’s Buddhist practice and receive the Gohonzon! Let’s welcome many new members to our Soka family this month, fulfilling our great mission as Bodhisattvas of the Earth.

Poems for the New Year

Honoring the Founder of Nichiren Buddhism