The following is the conclusion of an essay by Ikeda Sensei, which originally ran in the Jan. 19 issue of the Seikyo Shimbun, the Soka Gakkai’s daily newspaper. Part one appears in the Feb. 12 World Tribune.

What is the greatest power in the world?

An answer was offered by the American journalist and physician Dr. Norman Cousins (1915–90), who was called “the conscience of America.” He worked tirelessly to contribute to Hiroshima’s postwar reconstruction, which has been described as miraculous. In our dialogue, he said that the greatest power in the world is the regenerative power of life. As human beings, he continued, we have an innate ability to physically and mentally overcome all kinds of suffering and ordeals and heal ourselves of illness. But there is something even more remarkable than that, he added—the power of hope. Dr. Cousins called hope his secret weapon. It was the true source of his personal strength.

Nichiren Daishonin states, “There can be no question that through this act [of chanting Nam-myoho-renge-kyo] the truly excellent medicine of the Wonderful Law is being applied in order to cure the grave illness of darkness [or ignorance] that afflicts all living beings” (The Record of the Orally Transmitted Teachings, p. 41).

The wisdom of Nichiren Buddhism shines brightest when society has lost hope and is mired in the darkness of suffering. It has the power to sweep away apathy and resignation—grave afflictions caused by fundamental ignorance[1]—and light the way to a bright future for all humanity.

For those battling sickness, Nichiren Buddhism teaches: “Sick people will surely attain Buddhahood” (“The Good Medicine for All Ills,” The Writings of Nichiren Daishonin, vol. 1, p. 937), and “Illness gives rise to the resolve to attain the way” (WND-1, 937). It is a teaching that imparts supreme hope from the standpoint of the eternity of life and enables us to revitalize our lives. 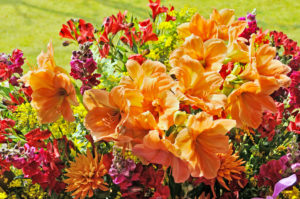 “The youth of Soka have triumphed again and again over the trials of winter, growing all the stronger and resilient in the process,” says Ikeda Sensei, who took this photo in March 2010. Photo by Daisaku Ikeda

In January six decades ago (1961), I made my first trip to neighboring countries in Asia. It had been my late mentor second Soka Gakkai President Josei Toda’s cherished wish to realize the westward transmission of Buddhism and to bring the great hope-filled light of the Daishonin’s Buddhism of the Sun to the suffering people of Asia and the world. As his disciple, making his spirit my own, I vowed to actualize that dream and boldly set to work doing so.

Prior to that trip, I attended the joint inaugural meeting of three general chapters in Kyushu, held in Kokura (present-day Kitakyushu city), Fukuoka Prefecture (on Jan. 8). Before the meeting started, a chorus of “Song of Kosen-rufu in Asia”—which had been composed in Kyushu—resounded throughout the room.

Since that day, on which they vowed to blaze new trails for kosen-rufu through their own efforts, our Kyushu members have continued to pioneer the way forward.

In this Year of Hope and Victory, our members in Kyushu are once more standing in the forefront of our movement to expand dialogue while treasuring the youth who will be the leaders of our movement at the time of the Soka Gakkai’s 100th anniversary (in 2030).

Their courageous, united efforts remind me of the dynamic energy of the Bodhisattvas of the Earth, which I expressed in a calligraphy [dedicated to Kyushu members][2] that reads, “Dancers on the stage of the twenty-first century.”

Feb. 16 this year (2021) will mark the brilliant milestone of the 800th anniversary of Nichiren’s birth[3] in Awa Province (part of present-day Chiba Prefecture).

This year will also mark the 750th anniversary of his triumph over the Tatsunokuchi Persecution[4] in Sagami Province (present-day Kanagawa Prefecture), the moment when he “cast off the transient and revealed the true” (on Sept. 12, 1271). At that time, the Daishonin was 50 years old—the age of many of today’s men’s division members.

At the execution site at Tatsunokuchi, when his disciple Shijo Kingo cried, “These are your last moments!” the Daishonin declared with conviction and composure: “What greater joy could there be? [You should smile and rejoice!]” (“The Actions of the Votary of the Lotus Sutra,” WND-1, 767).

Amid great hardship, we can attain an unsurpassed state of life. That is a fundamental truth of Nichiren Buddhism.

There is no impasse we cannot break through with faith in the Mystic Law. There is no need to give up or be discouraged in the face of difficulty. Instead, serenely laugh off your troubles! Cause the invincible spirit of Soka to blaze up and burn bright. Rouse the great power of faith and practice, chanting Nam-myoho-renge-kyo and taking action. It is by challenging ourselves in our human revolution in this way that we “cast off the transient and reveal the true” in our own lives. 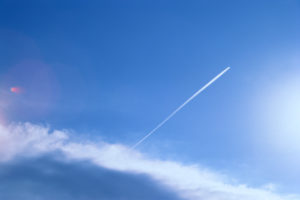 As humanity as a whole finds itself in a period of transition, the time has come for the Soka Gakkai to once again “cast off the transient and reveal the true.”

This is not something far removed from our lives. Please remember that it is made possible through our tireless, ongoing efforts as proud representatives of the Soka Gakkai determined to win without fail.

Mr. Toda believed in the power of the youth division, young Bodhisattvas of the Earth, to create a brighter future. That is why he declared that the strength and resilience of Soka youth will powerfully revitalize the world’s youth as a whole.

Twenty-six years have passed since the Great Hanshin Earthquake, which struck Kobe and surrounding areas (Jan. 17, 1995), and it will soon be 10 years since the March 2011 Tohoku earthquake and tsunami (March 11, 2011).

The youth of Soka have triumphed again and again over the trials of winter, growing all the stronger and resilient in the process. Today, amid the COVID-19 pandemic, our young successors around the world, embodying the principle “from the indigo, an even deeper blue,”[5] are spreading that dauntless spirit throughout society.

And it is wonderful to see the development and growth of our future division members.

The youth division in Japan will soon hold a leaders meeting, ushering in a new day of hope for the construction of a truly humanistic global society.

With our prayers focused on the growth and victory of young people everywhere, let us all continue moving forward together with an ever-youthful spirit!

Creating a Symphony of Renewal and Harmony