“To enable every precious individual, without exception, to become happy—that is the spirit of Soka illuminating May 3.”[1]
—Ikeda Sensei 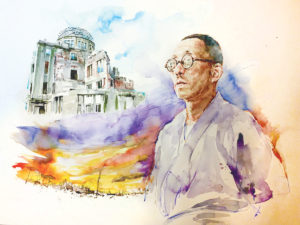 Seven decades ago, after triumphing over a series of harsh business challenges, Josei Toda was inaugurated as second Soka Gakkai President. At his inaugural meeting on May 3, 1951, he determined to completely renew the Soka Gakkai by vowing to achieve, within his lifetime, a membership of 750,000 families practicing Buddhism. He proclaimed: “If my goal should not be attained by the end of my life, you need not hold a funeral for me, but just throw my remains into the sea off Shinagawa.”[2]

The Soka Gakkai at the time had little more than 3,000 members, and many of them were struggling to survive in the devastating aftermath of World War II. Upon hearing President Toda’s words, many members thought he had mispoke. The young Daisaku Ikeda, however, took initiative in ensuring that Mr. Toda’s vision would become a reality by initiating historic propagation efforts throughout Japan.

In less than seven years, the Soka Gakkai would empower hundreds of thousands of ordinary citizens to transform their destinies through their Buddhist practice. By December 1957, the Soka Gakkai achieved a membership of 765,000 households. After fulfilling his mission and passing the baton of kosen-rufu to the youth, President Toda died on April 2, 1958.

Two years later, Daisaku Ikeda, at age 32, assumed the role as third Soka Gakkai president on May 3, 1960, and pledged to open the path to worldwide kosen-rufu for the happiness of all humanity.

Due to the dauntless efforts of the founding Soka Gakkai presidents together with the members, the Soka Gakkai now has over 12 million members worldwide. Today, we honor May 3 as Soka Gakkai Day, a day when we embark anew on the journey to establish the correct teaching for the peace of the world.

A Buddhability Guide to Self-Love